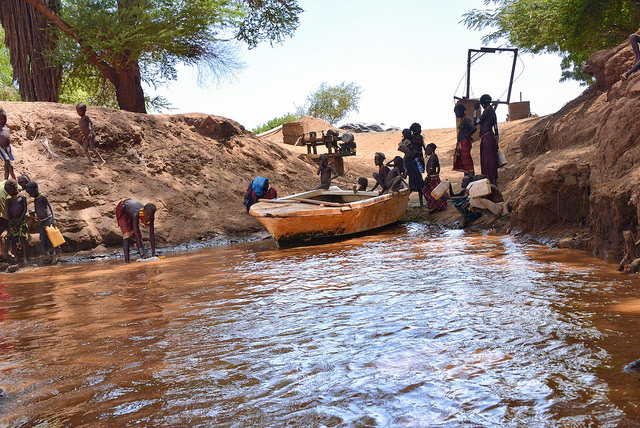 Ethiopia is on the cusp of completing a development milestone. The United States’ $4 billion Grand Ethiopian Renaissance Dam will be over 500 feet tall and generate more than three times the hydroelectric power created by the Hoover Dam. After its completion, it will be the largest dam in Africa and generate more power than any other dam on the African continent.

The World Bank’s examinations of this project determined that millions of citizens will benefit from this Ethiopian development milestone. According to the World Bank, nearly 75 million individuals in Ethiopia — approximately 70 percent of the country’s population — lack access to reliable energy sources. The Grand Ethiopian Renaissance Dam will generate an estimated 6450 MW of energy to civilians, improve infrastructure and ultimately lead to more modern job opportunities in the country.

Ethiopia’s Minister for Water, Irrigation and Electricity claims that the dam is not being built to control the flow of the Nile river politically; rather, it is being built to provide the country with energy development opportunities. The Grand Ethiopian Renaissance Dam serves as the flagship of many strides in Ethiopian economic development. Another notable recent achievement is the equitable public transit system in the nation’s capital, Addis Ababa.

Moreover, Ethiopians are taking great nationalist pride in the development milestone. The country emphasizes that it is paying for the dam itself, without any international help or investment. The country is funding the dam through intense taxation, selling of bonds and a lottery to incentivize citizen investment.

Accordingly, Ethiopia’s progress in The Grand Ethiopian Renaissance Dam has positive and negative effects for its downstream countries Sudan and Egypt, respectively.

Sudan expresses a positive view of the dam as it will reduce the amount of flooding farmers endure during particularly high flows of the Nile; the construction project will also contribute to reliable flows of water during the drier seasons. The Grand Ethiopian Renaissance Dam construction will also allow for cheaper electricity to be sold into Sudan as the dam is being built close to the Sudanese border.

Egypt on the other hand, is increasingly worried about the Ethiopian development milestone. Egypt is concerned that Ethiopia is placing controls on the Nile, which Egyptians have controlled for millennia. Egyptian officials also worry that Ethiopia now has a tap that could significantly reduce the flow of water into their country.

Egypt’s concerns are justified given that the country is subject to face water shortages as soon as 2025. Officials in Egypt explain that if water levels decrease in Egypt by just two percent, then the nation will lose 200,000 acres of viable farmland, which families depend on for subsistence crop growth.

Given that, the Geological Study of America explains that the Nile’s water levels could drop by 25 percent for up to 7 years as the dam’s reservoir in Ethiopia fills up. As a result, Egyptian officials worry that nearly 1 million of the 100 million people living in Egypt will suffer from changes in the Nile’s water flow.

At this point, Ethiopia and Egypt are only in the early stages of negotiations as tension between the countries increases. Overall, Ethiopia is not going to stop development of the dam; as a result, diplomacy and collaboration are the only means of solving the contentious issues and preventing a water war between Northeastern and East Africa.