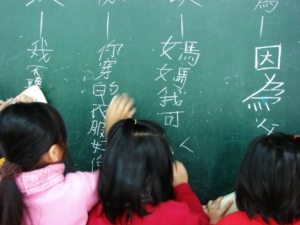 The People’s Republic of China has a reputation for excellence in its education system. China has around 1.3 billion people in population and has one of the largest education systems in the world. It has more than 500,000 schools alone. The education system in China is not only substantial but also diverse. There are more than 300 million students and over 14 million teachers.

How The Education System in China Works

It is mandatory in China that every child has to have at least up to nine years of the required education. In addition, education is state-run. This means it has a very small association with private providers. Education is divided into three main groups: basic education, higher education and adult education. The basic education for children in China includes primary school which starts from age six to around age 11 or 12 for the average Chinese resident. Thanks to the “Law on Nine-Year Compulsory Education,” all basic education is tuition-free. After the nine required years, there is a modest fee for tuition during middle and high school.

Moreover, junior secondary school which starts from age 12 to 15. After junior middle school students have finished their mandatory education requirement, they have the option to continue with senior secondary education which is usually a three-year program. These can be followed by other adult educations such as a university for a bachelor’s degree or master’s/Ph.D. program.

Development of The Education System in China

The Chinese education system is not only rigorous but extremely competitive. It has developed at an alarming speed over the last two decades. In addition, the education system in China offers their children many opportunities to thrive in the future. However, it did not always start this way. In the 1950s, the enrollment rate in Chinese elementary schools was below 20% and only 6% for junior secondary school. The country’s main form of education was similar to the Soviet education system. However, as the Soviet paradigm declined China started to change its education style.

By 1978, there were almost 1.3 million primary and secondary schools, a vast improvement just a mere few decades ago. But the steps toward modernization were not yet completed, there were still only about 600 higher learning organizations with only around 117,000 students. Thus, the education system in China was reorganized yet again to the system the country has today. By 1986, the “Compulsory Education Law of the People’s Republic of China” was born. It began executing laws for mandatory education for nine years of a child’s life.

In 2007, the state passed a law that students who were in rural areas were given free tuition for their mandatory nine-year education life. The following year this law was extended to urban living children as well. As of 2018, China has more than 29 million students enrolled in higher education alone, drastically boosting their economy.

COVID-19 being an extremely widespread pandemic has posed some serious challenges for education everywhere. Being one of the first countries to get hit, China took immediate steps to try and solve the education issue during this pandemic. When China got hit, China immediately released an “epidemic prevention, control and containment” response plan. The goal was to handle the pandemic in the smartest and safest way possible, including how education would be affected.

China shut down schools in late January and started advancing their online virtual classes. Along with the new innovation, China did to its online platforms, the country also delays college entrance exams. It banned teaching a new curriculum until the next semester. The country hopes students who had difficulty in accessing online courses would not be hurt by this dramatic change.

Schools currently are open in China, but that may change depending on the state of COVID-19. Until then, China is taking extra precautions with temperatures taken before children go to school. Once they get to school, masks are required and the desks are all three feet apart.