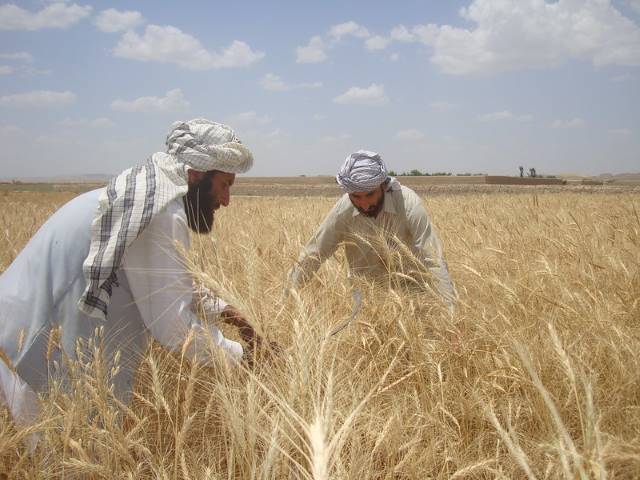 Since the 20th century, Afghanistan, an arid country in the Middle East, has experienced repeated droughts. The below-average rainfalls in 2021 may be an indication of another impending drought. The droughts have impacted food security in Afghanistan, leaving many Afghans struggling to acquire food. However, the Afghan government and aid groups are stepping in with assistance in preparation for an upcoming drought in Afghanistan.

A majority of the precipitation used to water fields and crops in Afghanistan comes from snow, ice and glaciers up in the mountains. This water is funneled down through either canals or underground irrigation systems set in place. The Hindu Kush mountains provide roughly 80% of Afghanistan’s water supply. The last two decades have seen two droughts a decade. However, all previous decades typically saw only one drought in a cycle of three to five years. The most recent drought in Afghanistan in 2018 caused around 250,000 people to migrate elsewhere.

Furthermore, the drought left farmers unable to reap crops from dry land and herders began selling off livestock for bare minimum prices. The massive displacement of people stems from a lack of assistance from the government and aid groups. The 2018 drought impacted 22 out of 34 Afghanistan provinces and led to 13.5 million people facing heightened levels of food insecurity. The Afghan government and aid groups were slow to respond to the last drought but now assert that they are better prepared for the impending drought.

According to Reliefweb, close to 11 million people in Afghanistan are currently experiencing soaring levels of acute food insecurity due to COVID-19, conflict throughout the country, escalating food costs and high levels of unemployment. Due to the drought, wheat production is suffering and causing the economy to become even more unstable. Effects of the COVID-19 pandemic already heightened issues within the economy and farmers and herdsmen are driven into a cyclical pattern of loans and debt if the drought in Afghanistan causes crops to fail, leading to significant instability.

Humanitarian Aid in Response to Droughts

The country saw little to no aid in the 2018 drought, but some of the aid received did prove valuable. In Afghanistan’s Badghis Province, aid came in the form of basic water pumps and solar-powered irrigation systems to prevent families from being forced to abandon their homes. The New Humanitarian visited this village in 2018 and reported that the land was green and no families had left. In essence, “a safe source of drinking water was enough to keep people home.”

The Food and Agriculture Organization put together a drought risk management strategy that was released in 2020 and manages the risk of drought in Afghanistan until 2030. The plan is extensive and could help millions of people, but it is quite costly. Furthermore, it may require more than the estimated 10 years to complete. In the meantime, the help of humanitarian groups garnered a $390 million drought contingency plan. This plan includes food and monetary aid as well as initiatives to “support livestock and rehabilitate water wells.”

Droughts in Afghanistan have been a devastating issue since the mid-1900s and continue to this day. With the severity of the 2018 drought, the government of Afghanistan and other humanitarian aids are working to be better prepared for impending droughts. Slowly, the country will be able to pull itself out of increasingly severe food insecurity levels, improving the lives of people in Afghanistan.