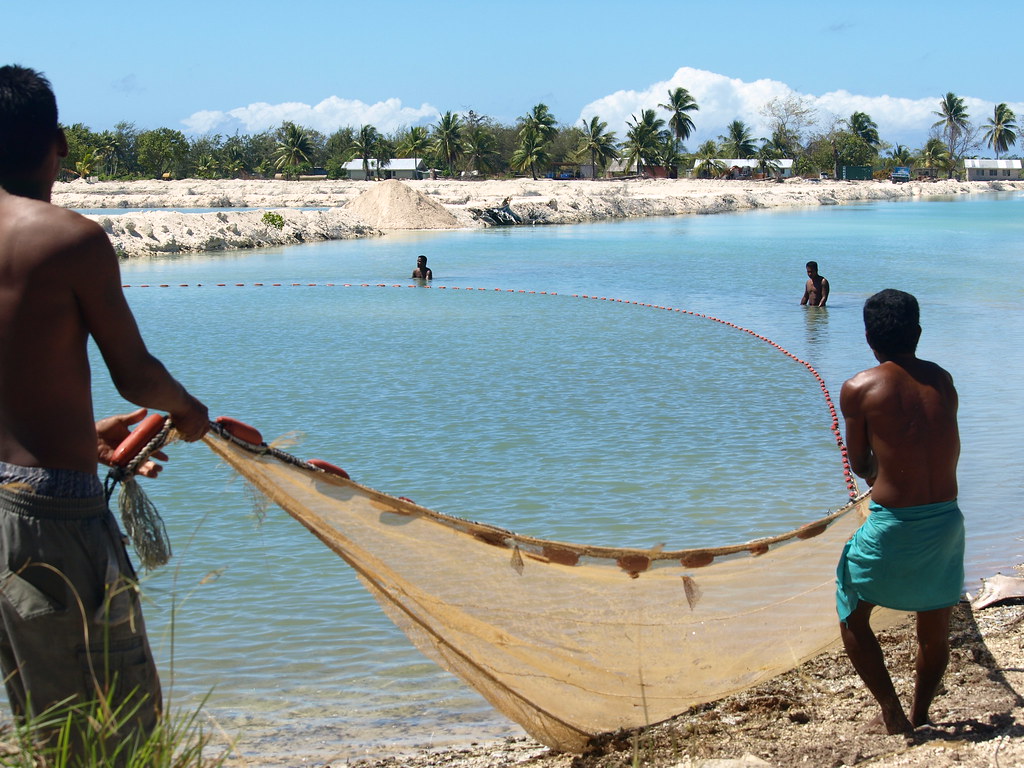 Kiribati is an archipelago comprising 32 coral atolls and one raised coral island located along the equator in the Pacific Ocean. The total landmass of the islands is slightly greater than New York City, but the islands stretch out across an area almost as large as the country of India with a population of approximately 112,000. The main island of South Tarawa accounts for roughly half the nation’s population, with a population density similar to that of Hong Kong and Tokyo. English is the country’s official language, but the popular dialect of I-Kiribati (a.k.a. Gilbertese) is commonly spoken. As of 1999, Kiribati is a member of the U.N. Today, poverty in Kiribati is prevalent, although unlike many other nations, the causes of poverty in Kiribati are slightly harder to define.

Many I-Kiribati lack access to fundamental services like water, sanitation, quality housing and other basic needs. The World Bank classifies Kiribati as “extremely deprived” although exact poverty estimates are hard to calculate because a significant portion (likely the majority) of the islanders practice a subsistence lifestyle, foregoing a role in the formal economy. This is especially true in the outer islands where people rely on fishing and agriculture to ensure their survival. The situation is precarious; however, as there is a widespread lack of arable land, droughts are common. Also, commercial overfishing has greatly reduced the bounty of fish Kiribati has been blessed with. Still, the people of the Kiribati islands find a way to overcome the mounting challenges confronting their lifestyle.

When it comes to the formal wage economy (which employs less than one-fifth of all potential workers), the densely packed island of South Tarawa is the home for over half of all jobs. A staggering amount of Kiribati’s income comes from fishing licenses sold to foreign vessels who want to fish tuna in Kiribati’s waters, but this income is highly unstable. A limited number of flights and poor national infrastructure inhibit its small tourism industry. The private sector economy lags far behind its public counterpart. Lack of a diversified economy is one of the causes of poverty in Kiribati.

Most of the food and fuel consumed in Kiribati are imported from overseas. In 2004, a container vessel missed its scheduled food delivery date which caused a major food shortage on the islands. In past decades the population, especially younger people, is increasingly relying on cheaper imports of unhealthy and heavily processed foods. This has led to a rise in diabetes, heart disease and obesity. Kiribati has no domestic source of oil and thus relies on the international market. Direct foreign investment in Kiribati is very low, and in total, Kiribati’s imports are more than double the value of its exports. The causes of poverty in Kiribati can in large part be traced back to low food security and reliance on imports.

The government of Kiribati provides free and compulsory primary education for students ages six to 13. Families living in rural areas incur travel expenses and all schoolchildren are subject to fees related to school uniforms and supplies. While this free education is certainly a positive, there is room for improvement in teacher training, curriculum and school facilities. Kiribati offers an additional five years of secondary education to students who place highly on national entrance exams. These schools are not free. Those who do not win access to these competitive schools receive the chance to continue with free secondary education for three more years. Nearly all secondary education schools are located on South Tarawa which requires prospective outer island students to move from their families and absorb a sizable financial hit. Around 80 percent of students do not continue on to secondary education after primary school.

Multiple organizations are working to help uplift locals and alleviate the causes of poverty in Kiribati. GAVI (Global Alliance for Vaccines and Immunizations) has been working in Kiribati for over a decade. It supplies vaccines to the islands and help local medical clinics administer these vaccines to the population. GAVI has committed more than $660,000. As of 2018, 95 percent of the islands have received coverage for critically important DTP3 vaccines (diphtheria-tetanus-pertussis).

Teachers are also working to improve the islands’ education system with the Kiribati Union of Teachers (KUT) performing outreach on three major islands. The KUT provides workshops for teachers, has set up a credit union and is attempting to provide social security to its members.

Lastly, the Kiribati branch of the Foundation for the South Pacific is working to address the most pressing concerns of food and water security. Working in partnership with The Outer Island Food and Water Project, it teaches local women and young people gardening techniques and cooking lessons. It also establishes local water points which greatly enhance water security. Thanks to this work, many villagers no longer have to travel long distances for fresh water and one local community has been able to sell extra vegetables for a profit.

Light at the End of the Tunnel

An underdeveloped economy, low food and water security, a developing health care system and an education system with much potential to be improved are among the causes of poverty in Kiribati. Despite these challenges, islanders continue to survive off their land and lead family and community-oriented lives. Organizations like GAVI, the KUT and the Foundation for the South Pacific have recognized the enormous opportunities in Kiribati and are contributing to positive change focused on improving the lives of the remarkable I-Kiribati.