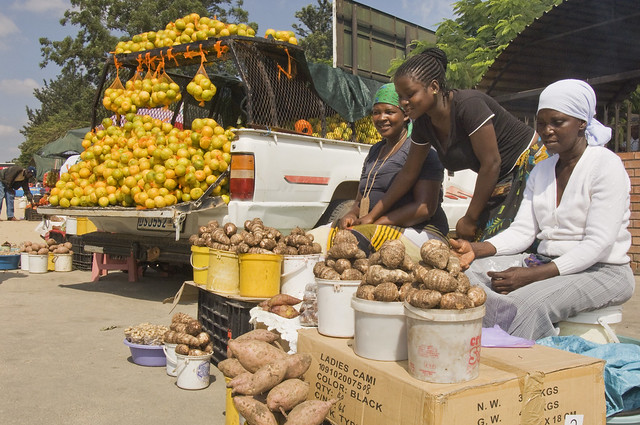 The African Continental Free Trade Agreement is the largest free-trade agreement in the world with a 1.2 billion-person market and a combined GDP of 2.5 trillion dollars. It was signed in March of 2018 by 44 African heads of state, and following the initial signing, 5 more countries joined in July for a total of 49. The African Continental Free Trade Agreement’s primary focus is to increase intra-African trade by promoting free movement of goods and tariff-free trade. In fact, for the countries that joined, tariffs are expected to decrease by 90 percent within 5 years.

According to an article by The Economist, roughly 82 percent of African goods are exported to other countries. Due to high transport costs, poor infrastructure (e.g. in West Africa, less than one-fifth of the roads are paved) and time-consuming border procedures, it is more costly to trade within Africa than to export to foreign countries.

With the new free-trade agreement, a more competitive market will emerge that will reduce costs for consumers. Additionally, producers will have access to a larger number of potential buyers, as well as more investment opportunities from foreign countries. Strengthening intercontinental trade has the potential to protect the countries in Africa from the impact of exogenous trade shocks.

Maximizing the Impacts of AfCFTA

In order to reap the highest benefits from the new intra-continental free trade agreement, it is imperative to make adjustments to Africa’s trade structure. However, trade facilitation is not an easy task. It involves coordination between countries, transparency in policies and easing the movement of goods. Currently, intra-African trade accounts for only 16 percent of Africa’s total exports, while the bulk of its exports are to Europe (38 percent), China (19 percent), and the U.S. (15 percent). With the implementation of the African Continental Free Trade Agreement, The United Nations Economic Commission for Africa estimates that intra-African trade will see a 52 percent increase by 2022.

Reducing non-tariff barriers, like transport time for goods, is an essential component of solidifying the new free-trade agreement. According to the International Monetary Fund, the average cost of importing a container in Africa is about $2,492, which is significantly more expensive than the cost of exporting to another continent. This helps to explain Africa’s high incentive to export the majority of its goods.

Clearly, higher access to information regarding infrastructure projects can help countries organize themselves around infrastructure development efficiently. This will help to reduce the intra-African costs of trade by fostering more easily navigable and cheaper transport routes between countries.

It is crucial to consider that the informal trade sector contributes to a large amount of overall trade in Africa. The Africa Economic Brief is a document published by Jean-Guy Afrika and Gerald Ajumbo that discusses the specifics of informal trade in Africa. It states that the informal cross border trade sector (ICBT) represents 30-40 percent of total intra-African trade. In West and Central Africa, women make up almost 60 percent of informal traders, and 70 percent in Southern Africa.

Problems that affect the formal sector, like infrastructure and trade, have a disproportionate effect on the informal sector—especially for marginalized groups such as women and youth. It is unclear how the African Continental Free Trade Agreement will affect these groups as trade is adjusted; however, an increased focus on local trade and easier trade routes will likely facilitate trade for everyone involved. Since informal trade struggles with the same main issues as formal trade, making trade more accessible in the formal sector can create positive spillovers.

The informal trade sector is an important one to protect. Big businesses often avoid trading with rural areas due to high transportation costs, so instead these areas rely on informal trade for food, clothing and other commodities. Furthermore, ICBT provides a vital source of income to individuals who are often low-income or low-skilled. According to the Africa Economic Brief, studies estimate the average value of informal cross border trade to be 17.6 billion dollars per year in the Southern African Development Community (SADC).

In order to provide support for informal traders in Eastern and Southern Africa, the United Nations is funding a project to help decrease gender-specific obstacles in Malawi, Tanzania and Zambia. A focus on female empowerment will help maintain and improve the informal trade sector and contribute to poverty reduction.

With support from various organizations, countries in Africa are taking defining steps to reduce taxes, transport times, and an increase in market competition. Signing the African Continental Free Trade Agreement opens Africa up to free trade and, if facilitated effectively, it will have enormous positive implications for Africa’s economy.