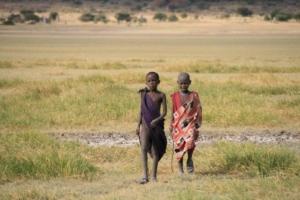 Charitable nonprofit organizations have a lot going on.  With concerns related to making the operation sustainable, fundraising and securing donations, and advocacy efforts to legislators, the entire mission behind the message may become compromised.  Sometimes groups forget who they are trying to reach and look over the fact that the best solutions often come from the communities in question.  Here is where positive deviance comes into play.

“Positive Deviance is based on the observation that in every community there are certain individuals or groups whose uncommon behaviors and strategies enable them to find better solutions to problems than their peers while having access to the same resources and facing similar or worse challenges.

The Positive Deviance approach is an asset-based, problem-solving, and community-driven approach that enables the community to discover these successful behaviors and strategies and develop a plan of action to promote their adoption by all concerned.”

The term first was used by Marian Zeitlin, a Tufts University professor, who observed well-nourished children living in contrast to their peers who were malnourished.  Jerry Sternin and his wife, visiting scholars at Tufts in the 1990s, utilized Zeitlin’s ideas in other campaigns they participated in around the world.  Positive deviance is now a social change approach used by various organizations like USAID and UNICEF in myriad applications.

Pact is a nonprofit group employing that approach.  Their priorities lie in ensuring better resource management and health in impoverished communities.  Actualizing that focus depends on building communal capacity, good governance and the business marketplace.  This of course is contingent upon not introducing a solution but aiding the community in finding their own and helping to educate others around that example.

Working with local organizations that already have a great presentation where they are, Pact has been able to change lives.  They’ve become de-facto consultants of sorts to these local groups and have tangible proof of success.  The area of capacity development is especially essential because it solidifies local leadership and gives them the tools to lead effectively.  But more than simple grants and consultations, Pact has provided workshops, coaching, peer learning and resource referrals with great results.

One example of Pact’s outreach can be found in the nation of Tanzania.  Concerned about child health, the organization assembled small groups of women who pooled some of their money into communal funds meant for, according to Pact, “income-producing activities.”  Pact-run meetings were informative sessions where, “…the groups learned…parenting skills, nutrition, hygiene, HIV prevention and household management.”  With access to funds to help generate income, people were able to increase their standard of living and in turn ensure healthy children and a connected community.

The project, dubbed WORTH, spread from one small region in 2008 across Tanzania.   Pact reports that in “…2011, 1,061 groups representing 20,166 caregivers caring for 52,262 vulnerable children were operating, with notable household improvements in food security, shelter and care.”  A nationwide effort, undertaken and capitalized by those living there was special not just because it was successful, but because it was initiated and realized by Tanzanians.

Empowering communities to find examples within of what works is a testament to organizations like Pact and the innovative, solution-centered positive deviance approach.