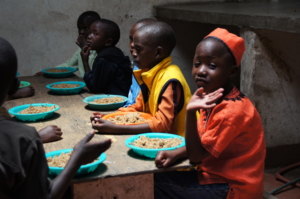 Colm Tóibín and Diarmaid Ferriter are Irish writers and historians. The first part of their 2004 book The Irish Famine written by Tóibín, is an essay outlining the historiography of the Great Famine, which plagued Ireland for seven years between 1845 and 1852. According to Tóibín, the famine is a historical event that has been manipulated by Irish and American historians for political ends from the late 19th century to the present. Tóibín speaks for both himself and Ferriter when he states: “Our own prejudices, mine and Diarmaid Ferriter’s, should be very clear: we both recognize that no narrative now seems capable of combining the sheer scale of the tragedy in all its emotion and catastrophe, the complex society which surrounded it and the high politics which governed it.”

Tóibín begins his history of historical writing on the famine by stating “two things happened in its (the famine’s) aftermath. One, people blamed the English and the Ascendancy. Two, there began a great silence about the class division in Catholic Ireland.” What Tóibín describes is a hurting Ireland that could not afford to face the reality of the massive pain she had suffered. In the wake of famine, Ireland required a “nationalist fervor” to rise from the ashes. In 1854, the historian John Mitchel called the famine a “genocide”, insinuating that the British deliberately exterminated those who died in the tragedy. This extreme sentiment became milder in the 20th century but still survived in a veiled form. In the 1990s, Governor George Pataki of New York expressed the view that Great Britain purposely refrained from assisting the Irish during the famine. Views such as this serve politicians well because they incite feelings of nationalism in prospective voters.

The authors’ understanding of famine and its capacity as a political tool is outstanding. Over the last half-century or so, one can see a similar phenomenon taking place in Ethiopia, where political oppositions capitalize on government inefficiency in the face of famine. In 1973, the communist junta under rebel leader Mengistu Haile Mariam accused the reigning monarch of failing to deal with the problem, resulting in the overthrow of the government. After a war with Eritrea in the later 1990s, Ethiopia is once again reeling from economic impoverishment augmented by famine.

When there is famine, a political platform is raised that is conducive to a dangerous breed of nationalism. As the Irish famine illustrates, extreme situations of hunger cause people to question their government. This can be seen in the historiography of the Irish famine, which indicates a hatred toward the British monarchy that was so potent it survived into the late 20th century. These are only a few examples of how the tragedy of famine can be used as a political tool.