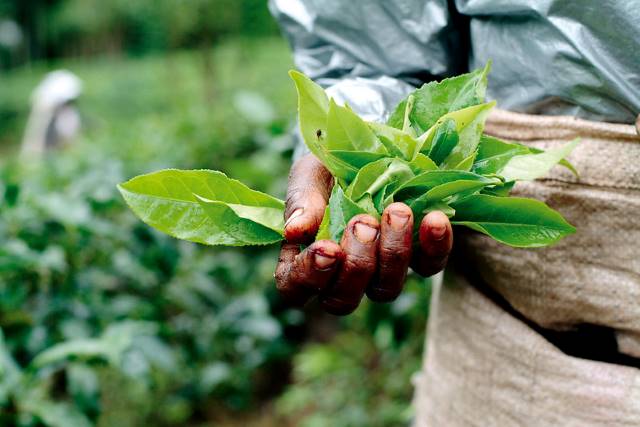 Tea plantations, also known as tea estates, came about in the 19th century. The British Empire brought people from Southern India to work on the tea plantations. Most of these workers were from Tamil Nadu. Even though the British Empire abolished slavery, these Tamil tea plantation workers were certainly subject to conditions of slavery. The workers did not receive compensation and endured harsh working conditions “with long hours and heavy quotas.” Furthermore, the “workers lived in crowded shacks, without sanitation, running water, medical facilities or schools for their children.”

After British rule and achieving independence in 1948, Sri Lanka labeled the tea plantation workers as “temporary immigrants,” outrightly denying them citizenship despite years of employment in the country. Only about 30 years later, in the 1980s, Sri Lanka granted citizenship rights to the “descendants of Indian Tamil indentured servants.” To this day, many Tamils still work on tea plantations. While they gained some rights as Sri Lankan citizens, workers, including children, continue to face exploitative conditions.

Even though the tea industry is one of the foundations of Sri Lanka’s economy, tea plantation workers often experience exploitation. Laborers often walk barefoot through the hills of the tea estates and pick tea leaves for hours. To earn the daily wage, workers have to pluck a minimum amount of tea leaves. Up until this year, to receive the daily wage of 700 Sri Lankan rupees (LKR) (about $4.15) a plantation worker needed to gather at least 40 pounds of tea leaves.

Since around 2016, “tea plantation trade unions” have demanded a raise in the daily wage to 1,000 LKR. The protests finally paid off in January 2021. The Cabinet of Ministers amended the Wages Board Regulations, implementing an increase of the daily tea worker wage to a minimum of 1,000 LKR. Despite this wage increase, most tea workers still struggle to meet their basic needs. Furthermore, the workers do not receive sick leave, and since “no work means no pay,” workers cannot afford to take a day off.

Along with inadequate compensation, children also experience exploitation within the tea industry. Due to poverty, many Sri Lankan children drop out of school to earn an income to support their families. While the minimum legal working age at Regional Plantation Companies (RPCs)  is 16 years old, one study found that 73% of Sri Lankan children were engaged in employment before the age of 12. Long working hours and strenuous labor adversely impact children. Furthermore, child labor means education is not a priority, perpetuating the cycle of poverty even further.

While Sri Lankan tea plantation workers continue to battle unjust treatment, organizations aim to fight for tea plantation workers’ rights. In 2018, the Mother and Child-Friendly Tea Plantations project, funded by Save the Children Hong Kong, launched the Child Protection Policy. In partnership with Kelani Valley Plantations and Talawakelle Tea Estates, the policy “is a voluntary undertaking through which participating tea companies” promise to protect children living in tea estates from harm and exploitation.

Another organization dedicated to tea workers’ rights is the Ethical Tea Partnership. The Ethical Tea Partnership works “with tea companies, development organizations and governments to improve the lives of tea workers.” The organization works in tea-producing regions in Africa and Asia. Between 2016 and 2020, the organization’s efforts benefited more than one million tea workers across the world. Its Women of Tea program in Sri Lanka runs until the close of 2021, aiming to improve “the health and nutrition” of Sri Lankan tea plantation workers. The initiative also aims to improve “hygiene and sanitation practices and financial management strategies.”