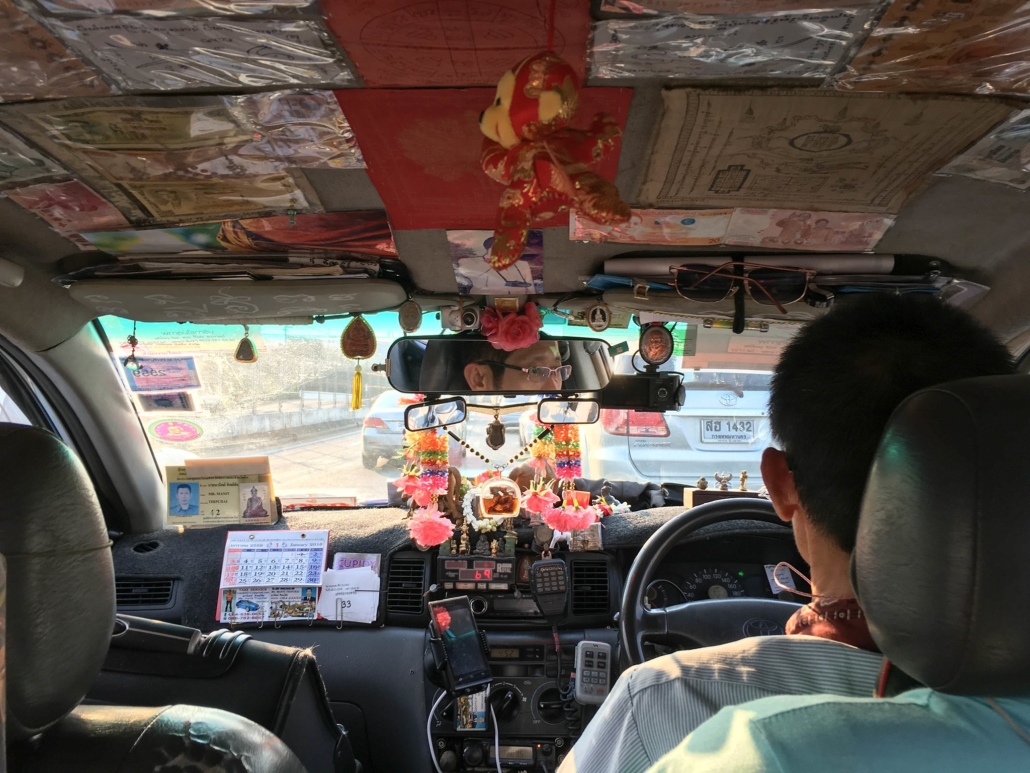 Since January 13, 2020, COVID-19 played a significant role in disrupting Thailand’s economy. Financial hardship in Thailand was undeniable. The World Bank has indicated that if the country’s government had not introduced socially and fiscally restorative programs, about 700,000 citizens would have fallen into poverty. While Thailand’s economy has essentially stabilized, one occupation has struggled to land back on its feet–or, behind the wheel. This occupation’s struggle led to the incredible innovation of taxi gardens in Thailand.

The Effects of COVID-19 on Taxi Services

Along with the curfew implemented on April 3, 2020, Thailand made multiple attempts to control the spread of COVID-19. However, because everyone stayed at home working or learning remotely, taxicab drivers experienced a slowed revenue stream. Because no one traveled, these drivers could not afford the daily payments of their vehicles. Instead, they used their funds to take care of their families. As a result of COVID-19, financial hardship in Thailand certainly impacted the economy and put several businesses in financial jeopardy. Taxicab owners suffered a significant dwindling in their source income, leaving them to make a tough decision regarding their cars.

Because of the decline in fares, taxicab drivers from the Ratchapruk and Bovorn Taxi Cooperatives could not afford to make payments for their vehicles. The corporation’s executive, Thapakorn Assawalertkul, described how drivers left their cars on the streets even after the vehicles’ daily payments dropped to $9.09. Thailand’s government provided financial assistance to businesses, but not cab drivers. Cab drivers sacrificed their livelihoods and received little to no government assistance during the pandemic. The government introduced specific aid programs for many corporations, such as lengthening credit for hotel operators to deter them from liquidating their assets. However, there is still an evident disparity in financial stability for other livelihoods.

The Benefits of Taxi Gardens in Thailand

A few workers from these taxi companies started turning the standing vehicles into sustainable gardens. The crops, such as string beans and tomatoes, grow from the roof of these idled vehicles. As of September 22, 2021, cab drivers transformed approximately 300 cars into planters. The taxi gardens provide food for the drivers and their families to make up for their lack of revenue. They also serve an artistic purpose. Taxi gardens in Thailand are symbolic of the unfortunate circumstances of the nation’s taxicab industry in the wake of the pandemic. The companies’ staff tend the gardens in turns, a poignant reminder of their concern for their lost livelihoods and lack of societal or governmental initiative.

A Symbol of Resilience

The artistic and overarching theme of unity explored with this collage of taxicab crops is impressive. Taxi gardens in Thailand illustrate the beauty that comes from a concerned and considerate community. It is also worth noting the sustainable usage of these idled vehicles. However, many workers who tend to these gardens explain that they would like to see the government play a more active role in alleviating their financial stress and stagnance. With such an eye-grabbing display as this, it may not be long before Thailand’s taxicab drivers receive proper attention as a symbol of financial hardship in Thailand.