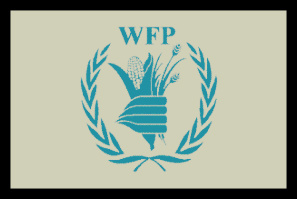 By taking this short quiz, participants can literally feed a family in Syria. Sponsored and facilitated by the UN World Food Program (WFP), the five questions survey will help you learn more about the crisis in Syria and how the WFP is responding.

The questions range from the cost of living expenses to refugee status. One question asks, “Of all the refugees now living in Jordan how many are women & children?” Answer: of this particular Jordanian population of 60,000 refugees – 75% are women & children. The WFP provides nutritious ready-to-eat meals for anyone in need.

The UN has just counted the one-millionth refugee coming out of Syria. More than 70,000 people have died and two million have been internally displaced since the conflict began almost two years ago. Starting as demonstrations against the government of President Bashar al-Assad, the protests quickly turned violent as opponents of Mr. Assad took up arms against the brutal crackdown coming from the authorities. There is still no resolution in sight.

Find out more – and feed a family in Syria for a day.