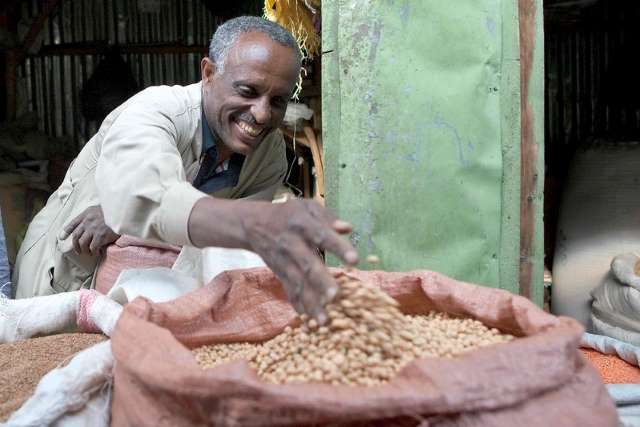 Access to safe and adequate food is a basic human right under Article 25 of the Universal Declaration of Human Rights. However, food insecurity has been a persistent issue around the world for decades. One key country that has suffered from high rates of food-insecurity is Ethiopia, with around 32 million people living in a state of hunger or malnourishment. However, in 2005, the Ethiopian Government implemented a new way to help meet the needs of vulnerable households through the Productive Safety Net Program (PSNP).

Food Insecurity and its Effects on Health

Food security is a vital aspect of health and well-being. The main causes of food insecurity can be attributed to many influences such as low rates of agricultural production, shortage of water and poor sanitation, climate change and natural disasters, among a plethora of other factors.

Furthermore, food insecurity can have significant consequences on communities both in economic terms and in the effect of the physical health of individual members of the community. Research has shown that food insecurity is associated with increased health risks such as cognitive development problems in children, general malnutrition, higher incidents of mental health issues such as anxiety and depression and many other ailments.

As rates of food insecurity grew across sub-Saharan Africa, the Ethiopian Government created the PSNP in 2005 in order to provide a more productive and systematic approach to aid vulnerable populations. As explained by the World Bank report on the program, “The PSNP incorporates a number of interesting features, such as public works activities geared towards improving climate resiliency; a risk financing facility to help poor households and communities to better cope with transitory shocks and the use of targeting methods that assist the most climate-vulnerable community members to obtain the full benefits of consumption smoothing and asset protection.”

Results and Impacts of the Program

The Ethiopian Government faced many challenges in implementing this program, such as difficulties in balancing female participation in public work programs and household responsibilities. However, PSNP has shown a positive impact on Ethiopia’s food-insecurity rates and therefore further expanded efforts from 2010 to 2014 with improved strategies and implementation tactics.

As a result of these efforts, the PSNP is credited with the reduction of poverty rates in Ethiopia by two percentage points as of 2014. Furthermore, the program successfully benefited more than one million participants as well as their families. Research shows that the program improved both food security rates and led to a reduced number of months households went without sufficient food. Not only did the program positively affect food insecurity rates throughout Ethiopia, but the PSNP also aided in the improvement of the general health and well-being of many individuals.

The Promise of PSNP for the Future

As recognized around the world, Ethiopia’s Productive Safety Net Program has been widely successful in aiding the country’s impoverished population and improving Ethiopia’s food security rates. Because this program targets food insecurity through agricultural aid, financial aid and structural aid, these strategies have helped to create a strong foundation for these vulnerable populations. Although this program has encountered obstacles in its execution, the PSNP continues to show promise in combatting extreme poverty and food insecurity throughout Ethiopia.