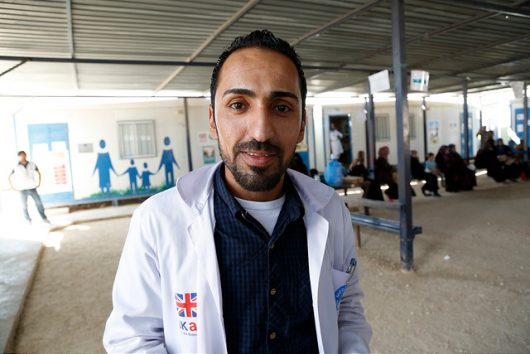 The Syrian civil war has been and continues to be, devastating. Since its inception in 2011, bombings and raids have displaced thousands upon thousands from the country. However, not everyone has the choice to flee. In fact, some have been rendered unable to leave the country because of injuries caused by warfare. This has placed a new burden on doctors in the area. How are medical staff supposed to effectively treat patients when bombs frequently and intentionally strike the hospitals in Syria? Some doctors have a solution: having Syrian hospitals go underground.

Mahmoud Hariri is a surgeon, born and raised in Syria, who has faced the consequences of war on Syrian healthcare. He reports having once seen a patient pull a tube out of his own body in order to evacuate the hospital he was receiving care in because it was being bombed—again. Hariri spoke of the complications that these forced evacuations cause, particularly for the often unconscious patients in the intensive care units. As many of the hospitals are without elevators, doctors and support staff are left with no choice but to carry these critical patients down the stairs.

To save patients and allow medical workers to provide better care without the risk of bombings forcing evacuations, entire hospitals have been relocated into basements and caves. In essence, hospitals are using makeshift, military-style fortifications so operations can endure the bombs falling above. If a hospital chooses to stay in the buildings above the surface, they are building concrete walls and even creating “sacrificial” floors to take the brunt of the aerial attacks.

As Syrian hospitals go underground and construct protective structures, the question of financing the relocations and fortifications arises. The United States and U.N. grants are largely responsible for making these expensive projects possible. However, as the U.S. considers a drastic budget cut to the International Affairs Budget, worried aid groups are wondering how to fill the potential void caused by reduced funding.

Currently, around 25 underground facilities are in operation. However, each facility can cost $800,000 to $1.5 million depending on what the hospital needs. As a result, doctors have turned to crowdfunding in a desperate attempt to continue the construction of these makeshift facilities before any official aid is lost. Even if aid continues, the regulations on how foreign aid can be spent have caused a few problems. For example, the construction itself is deemed “development,” not a humanitarian expenditure.

The good news is in the last six years, over $1.7 million has been collected by pooling funds. While the U.N. remains the main source of financial support, the French government has provided nearly $500,000 and over $2.5 has been given by private donors and Syrian NGO grants.

Syria has a long way to go. As the civil war is ongoing with no definite end in sight, medical access remains a high priority to those still in Syria. The request for pooled aid in 2017 alone was over $500 million. In order to continue to provide this much-needed care in a war zone, the medical staff is relying on the U.S., the U.N. and all the other donors to continue supporting them. It is essential that Syrian hospitals go underground. Otherwise, proper medical care simply will not be able to keep up with the needs of war-torn cities like Aleppo.