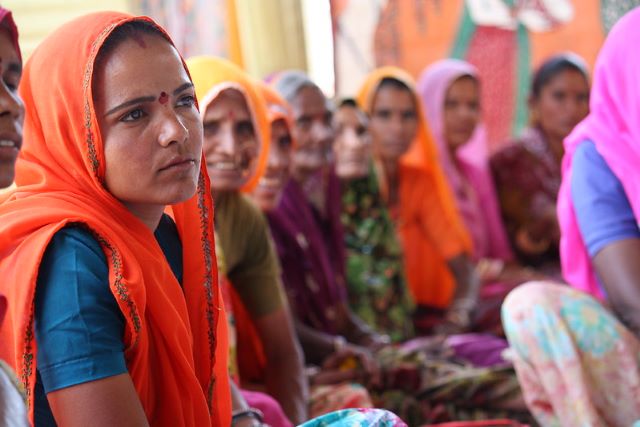 On September 22, 2020, Peter Eriksson, Sweden’s Minister for International Development Cooperation, took to Twitter to announce that Sweden will continue to commit 1% of the country’s GNI to official developmental assistance during the COVID-19 pandemic, urging the international community to follow in the country’s footsteps. This act is indicative of Sweden’s long-standing commitment to eliminate poverty, which is a promise the country is dedicated to keeping.

A Leader in Foreign Aid

According to the OECD, Sweden dedicates around 1% of its national income to developmental aid, making it the highest developmental assistance donor. The country’s commitment to policy development issues is the strongest in three categories: peace and conflict prevention, gender equality and women’s rights as well as environmental sustainability. Since 2006, the country has committed to regularly donate a portion of its GNI as official developmental assistance (ODA) and has since kept its word, donating at least 1% or more every year.

Sida is a government agency of the Swedish Ministry for Foreign Affairs. Sida is responsible for Sweden’s official development assistance to developing countries.

Sida is a prominent international actor with an overall mission to make sure people living under poverty and oppression are able to enhance their living conditions. During the COVID-19 pandemic, Sida allocated $149 million to mitigate the pandemic’s effects on vulnerable communities and populations abroad. Sida has collaborated with many different multilateral organizations to uphold Sweden’s promise of helping the international community during the pandemic..

A Leader for Women’s Empowerment

The country has shown relentless support for gender equality and women’s rights, highlighting Sweden’s long-standing commitment to ending gender discrepancies around the world. Sweden is a pioneer for many new policies regarding women’s rights. For instance, in 2014, Sweden created the world’s very first feminist foreign policy. Sweden has garnered the support of many foreign bodies and their allies by raising awareness through forums. The most notable being the 2018 Stockholm Forum of Gender Equality. The gathering brought 700 members from 100 different countries to discuss the implementation of new policies to protect women in vulnerable communities from oppressive regimes, further elevating their rights and enabling an inclusive society.

A Leader for Environmental Sustainability

Furthermore, Sweden’s clean carbon footprint is impressive, with a large quantity of the country’s waste recycled. The country has committed to net-zero emissions by the year of 2045 and it has dedicated many resources to encourage countries across the globe to implement sustainable environmental practices. The country has shown continued leadership. In 2017, Sweden had co-chaired the U.N. Ocean Conference with Fiji. In 2018, Sweden also hosted GEF-7 Replenishment, a meeting between contributing and potential participants from all around the world with efforts to eliminate non-renewable energy sources in the near future.

Sweden’s long-standing commitment to developmental assistance highlights the country’s leadership skills as an exemplary model for other developed nations. Sweden’s relentless efforts in supporting foreign aid, even during a pandemic, is a model that needs to be mimicked by other developed nations that have the same capacity to help, now more than ever.