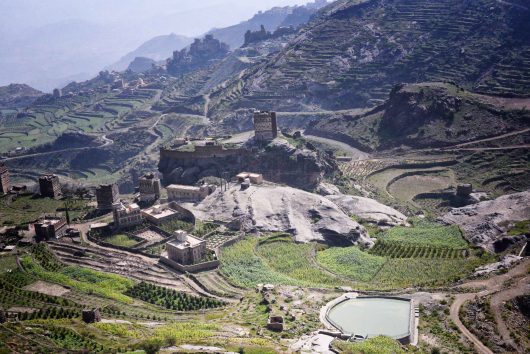 Yemen is in a state of crisis. As of March 2017, about 60 percent of Yemen’s total population has been estimated to be food-insecure. Malnutrition has increased by 57 percent since 2015. Areas of conflict have left about 13.4 million, half the population, in potential danger, internally displaced or in need of humanitarian assistance.

Since Yemen is a predominantly rural country, with 68 percent of its population living in rural areas, irrigated agriculture is the main source of income, employment and economic activity. Thus, when a rapid drop in groundwater resources occurs, sustainable agriculture in Yemen suffers greatly.

Water scarcity in Yemen has put a huge constraint on food production. Almost 90 percent of water use is for agriculture. A large proportion of scarcity is due to inefficient irrigation techniques and the expansion of qat cultivation, which alone counts as 30 percent of the water use. Qat cultivation is six times more profitable than most food crops and relatively easy to cultivate. It has expanded at the expense of food crops, contributing to the dependence on food imports.

However, due to its profitability, year-round cultivation and high domestic demand, the water supply is dwindling. According to New Agriculturists, “water is being extracted from the Sana’a basin four times quicker than it is being replenished and, with a population growth rate of seven percent, Sana’a could become the first capital city to run out of water.” Without support to create sustainable agriculture in Yemen, this water shortage could devastate the region.

In response to this growing water scarcity, the U.K.’s Department for International Development (DFID) has been funding water harvesting projects in Sa’adah province in the village of Al-Qatab. Hand-pumps and precipitation tanks have been provided to this mountain-top community with a reliable source of water.

Additional aid has come from the International Fund for Agricultural Development (IFAD) which has been working with farmers to help them conserve their soil and water resources through terrace rehabilitation, wadi bank protection and improving irrigation systems. With activities like milk processing and beekeeping, IFAD seeks to enable farmers to diversify their agricultural production and improve processing overall.

In addition, the Groundwater and Soil Conservation Project has been working to improve irrigation water use efficiency, which will increase farmer returns to water and create conditions that will allow farmers to reduce pumping from aquifers.

There has been some success, as many of the farmers assisted by this project have received substantial benefits. These benefits help to reduce costs and improve yields. In addition, this project’s investments have saved 80 million cubic meters of groundwater per year and have significantly improved the lives of farmers and their families. These changes will drastically improve sustainable agriculture in Yemen and help save the nation’s water resources.

System Improvements: Sustainable Agriculture in CameroonImproving Healthcare in Uganda With the Merck Foundation
Scroll to top