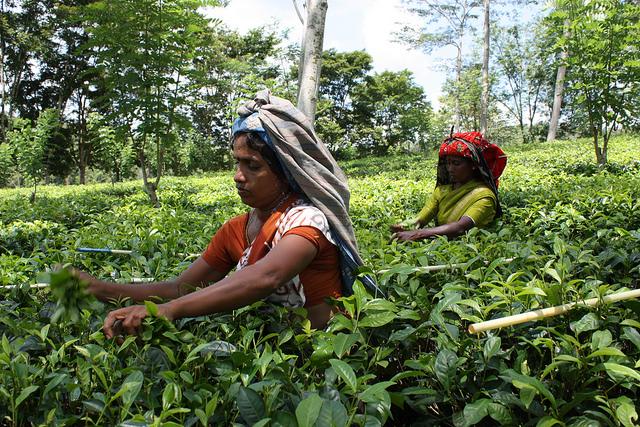 Sri Lanka is an island country in South Asia and home to many languages and ethnicities. This has, of course, been a cause of disputes for many years. A democratic republic, political unrest and ethnic divides have been a main source of disarray, as noted by its 30-year civil war which ended in 2009.

But other than political issues, Sri Lanka is an economically stable country, with a high Human Development Index rating and a per capita income that ranks the highest among South Asian countries. Its main sectors are tourism, textiles, rice products and tea, of which it is the second-largest exporter in the world.

In 1998, the Sri Lanka Farmer Forum reported that current research was creating an ecosystem that focused on high input crops and reduced crop independence. Similarly, farmers used harmful toxins and pesticides that increased output but did not sustain output and they used fossil fuels in agricultural production. To increase sustainable agriculture in Sri Lanka, the nation needs to retrain farmers on the management of lands without toxins and heavy energy and rebuild soil fertility so natural productivity can return.

For example, a team of researchers from the University of Alberta in Canada has plans to use existing technological infrastructure to engage Sri Lankan farmers in methods that will improve their farming and quality of life. Sri Lankan farmers often do not have access to the internet, which makes it difficult for them to learn how to change their existing farming practices.

The connectivity of cell phones and computers could make it an easier task to implement sustainable agriculture in Sri Lanka and create nationwide change. This approach will allow farmers to create social networks and manage knowledge together.

Another project that hopes to create sustainable agriculture and nurture knowledge is the Sustainable Agriculture Water Management Project. Launched in 2005, it used 10,000 solar-powered drip irrigation units to bring water to farmers in dry areas of Sri Lanka. It reduced water use by 50 percent, increased yields two to threefold and decreased labor costs. In addition, these units cultivated a culture of sustainable growth without fossil fuels.

As a massive agricultural exporter, Sri Lanka needs to focus its resources on sustainable practices that do not dry out fertile soil and debilitate its economy. However, with the projects mentioned above and the innovation of its farmers, Sri Lankans can share knowledge and resources to create a sustainable nation in which its farmers can live stable lives.