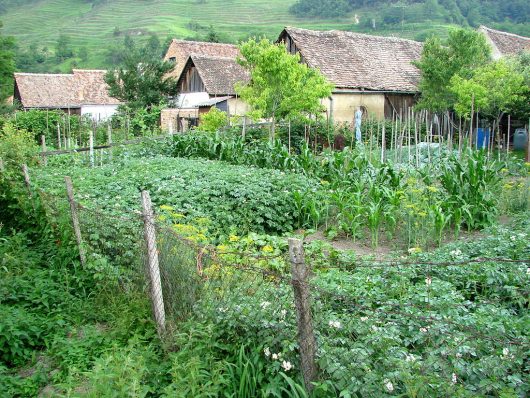 Romania, a former communist country of 20 million people located in Eastern Europe, has one of the highest poverty rates in the European Union, according to the World Bank. Agriculture has historically been a pillar of the Romanian economy; going forward, an increasing prevalence of sustainable agriculture in Romania can help grow the economy and reduce poverty rates.

History of Agriculture in Romania

Throughout time, agriculture has been important in Romania, as more than 14.7 million hectares (one hectare is about 2.5 acres) of land serve agricultural purposes. Of that land, about two-thirds are suitable for farming. During the first half of the 20th century, farmlands were reallocated to peasant farmers from larger landowners. However, the rise of communism in the mid-20th century resulted in collective agriculture, followed by questions of ownership in the years since communism’s end. Despite accounting for more than 25 percent of the Romanian workforce, in the early 2000s, the agriculture industry (including forestry and fishing) was less than 10 percent of Romania’s GDP. Today, the majority of farms in Romania are run by small landowners and are less than five hectares.

The World Bank has worked since the early 2000s to help promote economic growth and sustainable agriculture in Romania, leading to it becoming the fastest growing economy in the EU in 2017. Currently, the Integrated Nutrient Pollution Control Project (INPCP) is working to promote a cleaner and safer environment. Many of the small agricultural production sites in Romania lack proper equipment for waste management. Contamination from that waste can lead to groundwater pollution, causing health risks to people and damaging the environment. INPCP works to manage the waste by providing rural farmers with the tools necessary to safely dispose of the waste contaminants.

Currently, the majority of the Romanian population lives in rural areas. However, as countries experience economic growth (such as the growth occurring in Romania), people often begin to move toward cities. Within cities, the green space for gardening is often minimal and creative gardens are necessary. Kaufland Romania, a food retailer, is investing over $350,000 to create community urban gardens on its rooftops, in its parking lots and in Bucharest schools. These gardens not only provide local food in a big city but also create environmental benefits through pollution reduction. According to a survey by Kaufland, in Romania, seven out of 10 respondents already practice urban agriculture by growing food in their own homes. The new larger urban gardens will allow for the sharing of techniques, social gathering and community education.

As the economy continues to grow, projects in sustainable agriculture in Romania will further bolster the economy and reduce poverty. Not only do these projects benefit the economy, but they also improve the environment and can create a sense of community.

The State of Water Quality in Nigeria Better Disaster Preparedness: Humanitarian Aid to the Solomon Islands
Scroll to top