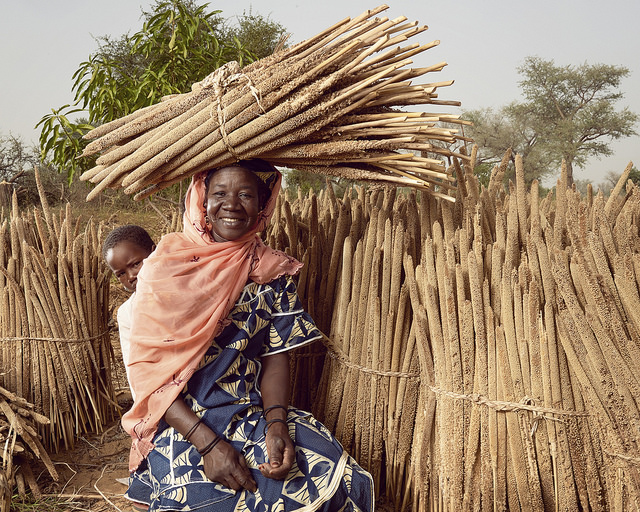 A landlocked country in West Africa, Niger has struggled with development for many years. It is the largest country in the region, but 80 percent of its land lies in the Sahara Desert, making it almost impossible to cultivate agriculture there. Consistently ranked low on the United Nations’ Human Development Index, it faces serious problems related to its low education levels. 71 percent of its citizens are illiterate.

Because of its desert terrain, known as the Sahel, which stretches from the Atlantic Ocean to the Red Sea, agriculture is a difficult way to cultivate a living, and yet only a small percentage of the population does not use it. But because the 12 percent of arable land in Niger is found along the southern border, most farmers and citizens focus on subsistence farming, which means they only grow enough to feed themselves and their families. With increasing periods of drought and desertification, this is becoming more difficult.

With that in mind, sustainable agriculture in Niger focuses on projects that will counteract unpredictable climate issues such as droughts. By doing so, Niger and other groups hope to create a more resilient agricultural sector. For example, in 2014 the United Nations coordinator for emergency relief, Valerie Amos, estimated that in the Sahel region, 20 million would face hunger that year. In a region where so many go hungry, innovation is a necessary way to combat this and every success counts.

Consider the concept of agroforestry that Niger and the NGO World Vision have successfully implemented. Instead of using excess resources to plant new trees, Niger farmers have protected the trees that spontaneously grow on their lands, and as a result, have added five million trees to the landscape in the past 20 years.

Trees provide numerous benefits such as increased soil fertility, firewood and fruits for human consumption. In 2009, a report stated that this new style of sustainable agriculture in Niger increased food production by 500,000 tons, enough to feed 2.5 million people.

In 2011, the World Bank approved $111 million in finances to improve sustainable agriculture in Niger. Called the Climate-Smart Agriculture Support project, which is the first in Africa to assist specifically with climate-smart agriculture, will directly benefit 500,000 farmers in 44 communities in the country.

It hopes to enhance productivity and provide resilience against greenhouse gas emissions. More specifically, it will focus on distributing and using improved, drought-tolerant seeds, and expand the use of agroforestry to combat climate issues. With this action, the World Bank and Niger hope to combat climate shocks, particularly droughts. With stability on its mind, Niger continues to find innovations and projects that will make its agricultural sector a more profitable and sustainable endeavor.