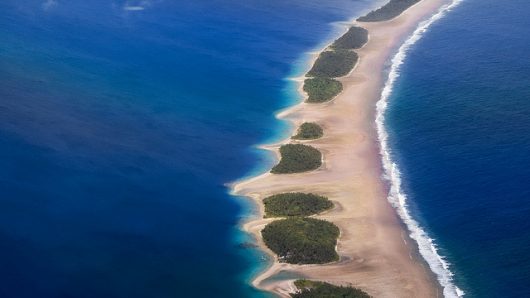 In 2014, a major project was completed on the island of Majuro, which is the nation’s most populated island. The Pacific Adaptation to Climate Change (PACC), which focuses on building resilience to climate change in Pacific communities, directed the project.

The project focused on providing water security to the islands’ inhabitants and renovating the island’s biggest reservoir. The capacity of the reservoir was increased by five million gallons. Improvements to the reservoir system were much needed as it had not been significantly updated to match population increases since its creation in the 1970s.

The country’s National Strategic Plan 2015-2017 outlined a number of other projects dealing with the improvement of infrastructure in the Marshall Islands. The infrastructure development sector comprised of five strategic areas:

Transportation is a major concern for the government and citizens of Marshall Islands, as only one airline services the nation. Air and water transportation are also important for its tourist economy.

The plan’s call for a revision of the National Energy Plan promotes sustainable, clean, reliable and affordable energy for the residents of the islands. Having access to green electricity and energy is important for dealing with natural disasters. The National Strategic Plan outlines many more reforms to infrastructure in the Marshall Islands and other areas of governance, many of which are currently being carried out.

Infrastructure in the Marshall Islands is a priority. Disaster preparedness is important for the citizens of the nation, and improving infrastructures like energy production and transportation are crucial. The government has outlined comprehensive plans for reforming outdated systems and hopefully, it will continue to be diligent in the future.