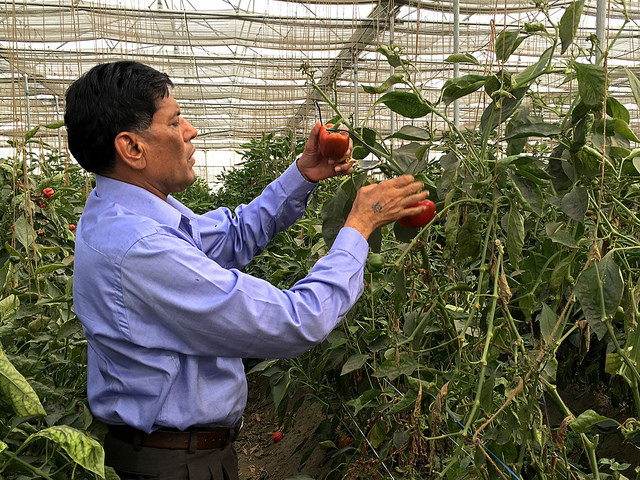 As of 2016, over 20 percent of India’s population lives below the poverty line. Part of the problem lies in the lack of food security in India. Since there is little sustainable agriculture in India, many people are malnourished. India is home to at least 15 percent of the world’s malnourished.

One way to combat the malnourishment epidemic in India is to create a sustainable agricultural system. These systems aim to produce food that is not only natural and healthy, but also plentiful and not harmful to the earth. In a sustainable agricultural system, the growers stay away from any form of chemicals or pesticides. This helps keep the food healthy and edible, and decreases disease within the community.

In India, much of the nation’s agriculture is dependent on rainfall. This leads to the slow growth of crops, causing the supply to fall behind the demand. Fortunately, through technological advancements and education, many of the barriers between India and sustainable agriculture can be conquered.

India must optimize its agriculture through three main areas: production, storage and distribution.

By establishing efficient water management, India could increase its supply dramatically. Many of the crops it raises, such as sugar cane, require large amounts of water. By creating an irrigation system, Indian farmers would no longer need to only rely on rainwater for their crops. This would help increase production.

Another reason why India’s agriculture is floundering is insufficient storage. Perishables are going bad in store houses before they can be consumed. New innovations such as certain tarpaulins, which keep perishables cool during transit, can help improve storage and distribution.

Though the country still has a long way to go before it can officially state that it has sustainable agriculture in India, it has already started making headway. One company, BASF, has already started creating and distributing products to India to help drive sustainability. The company’s products include biodegradable mulch film and other seed treatments.

BASF has also created an outreach program, Samruddhi, that has reached over 23,000 Indian farmers in 2016 alone. The company provides kits to Indian farmers that include protective tools and equipment.

While India still has a long way to go, products and education through companies like BASF can help fuel sustainable agriculture in India in the future.