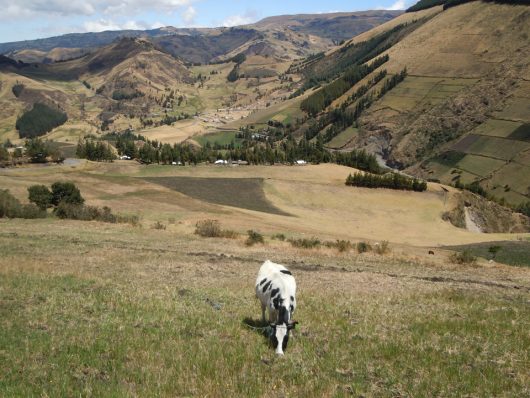 Ecuador is looking to improve its standard of living by putting more of a focus on sustainable agriculture.

This effort begs the question though of: what exactly is sustainable agriculture? The answer is that sustainable agriculture is the production of plant or animal products using farming techniques that protect the environment and public health of a country; or in other words, an effort that has become incredibly important in Ecuador in recent years.

One example of these extremely important developments is a farm in Ecuador that invites tourists to experience the process of farming for themselves at Rio Muchacho, an organic farm and eco-lodge located on the western coast. Open for almost 30 years, the farm began as a way to produce healthy food.

Early in its start, the farm focused on fixing the soil erosion by reforesting the hills around it; Rio Muchacho helped reforest again in Bahia about 15 years ago.

Despite being a small country in South America, Ecuador is one of the top 10 most biodiverse places in the world. With over 20,000 species of plants and 1,500 species of birds, Ecuador’s forests are bursting with diverse lifeforms.

Unfortunately, Ecuador has the worst deforestation rate and environmental quality in all of South America, according to the nature website, Mongabay; in fact, logging on the western coast is to blame for the loss of so many trees.

A national forest program was created in 2002, and SocioBosque is the program Ecuador’s government introduced in 2008 and as of 2012. Since its conception, the program has protected 1.1 million hectares, or 2.7 million acres, of native ecosystems, including grasslands.

Unfortunately, though, the program has suffered in recent years due to a lack of funding. The Ministry of Environment is often unable to properly enforce the law when it comes to deforestation.

Conservation International and Farming in Ecuador

Conservation International works with SocioBosque to strengthen the land and communities; one of the ways the organization accomplishes this is by working with sustainable agriculture in Ecuador. Their way of “living green” helps over 1 million people and also prevents a large majority of citizens from experiencing poverty. Farmers rely on the land, and Conservation International works with the Ecuadorian government to protect 10 million acres of forests while also providing education on how to preserve land and become more efficient with it.

Farmers in Ecuador also work together to not only save their land but also the produce they grow. The price of food can increase dramatically in some cities by the time it reaches the end consumer. Also, local regulations can prevent farmers from selling their produce outside the Guayaquil Grocery Terminal, a place established in 2000 as a way to sell goods.

The Federation of Agriculture Centers and Peasant Organizations of Ecuador was founded in 2003 to promote a chemical-free and sustainable way of living off the land and protecting the agriculture. Through this group, farmers are able to protect their interests and the land, all while selling organic produce to schools and businesses.

The sustainable agricultural practices used by farmers include rotation of crops for healthy soil, planting trees and shrubs to protect smaller crops and reducing plowing. As a whole, sustainable agriculture in Ecuador promotes biodiversity and also minimizes pollution. Thankfully, the nation finds success in its agricultural sectors, and will most likely continue with this trend in the future.