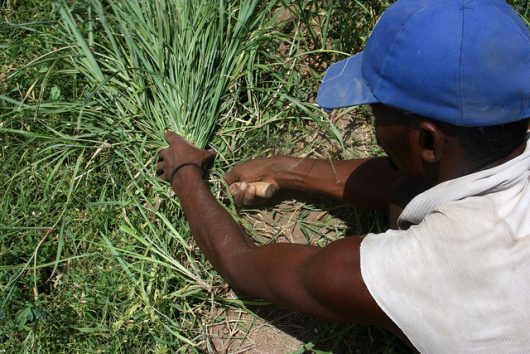 Sitting at a major waterway entrance to the gulf-states region, Djibouti is a critical gatekeeper in the international economy. However, despite this status, the country has an extremely low quality of life and agricultural opportunity. Sustainable agriculture in Djibouti is a long-term project, but thankfully one that is making major headway in the region.

There are several projects focused on sustainable agriculture in the area, including projects through the Djibouti Ministry of Agriculture, Water, Fisheries, Livestock and Marine Resources (MAWFLM), the World Bank Group and the African Development Bank Group. These projects are diverse and focus on everything from economic sustainability to increasing clean water supply, and will have both short-term capability and long-term effects on sustainable agriculture in Djibouti.

Sustainable agriculture in Djibouti is not a quick fix. According to a report from the MAWFLM, currently there is nearly no available land with access to clean water on which to farm. Since the landscape is so dry and barren, the MAWLFM has encouraged farmers to begin digging deeper wells so they can access clean underground reservoirs to irrigate their crops. The MAWFLM, in conjunction with the Japanese government, has been working to determine the most effective source of irrigation in the region.

During their research, MAWFLM discovered that shallow wells are likely going to be the most cost-effective form of irrigation, but that groundwater will be most useful for off-season irrigation. This research is imperative for increasing the number of agricultural products grown in Djibouti, and MAWFLM is continuing research in sustainable and economically efficient forms of water sustainability.

An integral part of growing a sustainable agriculture market in Djibouti is acquiring the ability to power any machinery needed. For the World Bank Group, electrification of rural areas was a major investment for Djibouti. The group began researching the best way to electrify Djibouti for farmers in 2017, so as a fairly new project, it hasn’t seen many results as of yet.

However, the plan is to invest nearly $23.4 million total in building not only facilities to increase power connectivity but to also teach technicians and electricians how to work with the new technology.

While it is yet to be determined how the World Bank Group’s electrification project will work, it’s a huge step toward modernization in Djibouti.

The African Development Bank Group is one of many groups working to improve infrastructure, but they stand out among the rest because they are based and run out of African nations. The group works to not only improve the quality of infrastructure in African countries, but to also advocate for long-term relief in many different areas of sustainability.

The Bank Group has advocated for Djibouti’s sustainable agriculture progress since 2004, and are continuing to lead in legislative advocacy for climate change and agriculture growth.

How the US Benefits From Foreign Aid to BangladeshCredit Access in Malaysia: Increasing Effectiveness and Efficiency
Scroll to top