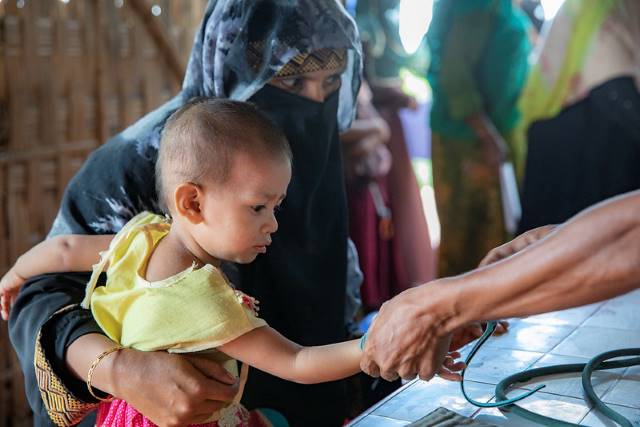 Bangladesh is a country in South Asia with a population of 163 million people. As a developing country, Bangladesh struggles to provide adequate healthcare for such a large number of people. The problem particularly brings challenges for people from rural and marginalized communities, who often cannot access quality health services. To combat this issue, the Surjer Hashi Network has been established. Funded by the U.S. Agency for International Development (USAID), it is a network of hundreds of health facilities throughout the country. The facilities bring free or reduced-cost healthcare to low-income populations in Bangladesh while simultaneously bringing the country closer to achieving universal healthcare.

Despite Bangladesh’s current struggles to provide a reasonable level of healthcare for its citizens, the country has made significant progress over the past few decades. Certain indicators have seen improvements such as maternal and infant mortality. Furthermore, the rate of vaccinations for children has increased dramatically, with the percentage of tuberculosis vaccinations for children under 1 increasing from 2% in 1985 to 99% in 2009. While the developments are a good sign, Bangladesh still faces many challenges in maintaining its healthcare system. For instance, the country suffers from a severe shortage of healthcare workers. As of 2009, only about one-third of the country’s facilities have at least 75% of qualified staff working in healthcare and 36% of health worker positions are vacant.

The ineptitude of Bangladesh’s governmental structure and the inability of its institutions to carry out its policies cause problems. The healthcare system is concentrated in urban areas even though 70% of the population lives in rural areas. Meanwhile, careless management obstructs the allocation of resources. Healthcare workers suffer from high turnover and absenteeism while maintenance of facilities is poor. Meanwhile, rural Bangladeshis often forego formal healthcare due to a lack of access in the communities. As a result, only a quarter of the population uses public healthcare.

In 2018, USAID started the Advancing Universal Health Coverage (AUHC) program, which has allowed the Surjer Hashi Network to remain operable in the long term. The program has consolidated the hundreds of clinics in the network into a centrally managed organization and it has introduced new business models aimed at keeping costs down and expanding health services. The efforts will ensure that clinics in the Surjer Hashi Network will be financially independent while providing high-quality and affordable healthcare for the disadvantaged.

As its name suggests, the AUHC’s goal is to achieve universal healthcare in Bangladesh. Through the Surjer Hashi Network, USAID is ensuring that Bangladesh can provide healthcare coverage for as many people as possible with healthcare facilities that are accessible in rural areas as well.