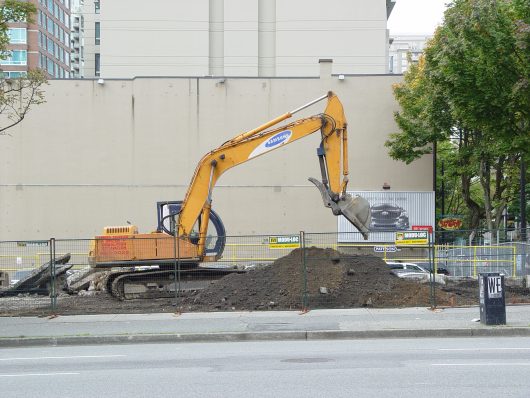 The U.S. currently sends more than half of its exports to developing countries. Supporting development through economic stability in these nations, as well as at home, has become crucial.  With more of these exports going to developing countries, supporting economic development in these struggling areas is symbiotic, as reducing poverty creates opportunities for all.

Fostering development and reducing poverty in these countries can go hand-in-hand with supporting business domestically. Thus, the action both in the U.S. business and political communities has begun.

The U.S. Chamber of Commerce staunchly supports an international affairs budget known as the “Function 150” account. This account, representing less than 1 percent of the U.S. federal budget, funds diplomatic advocacy for policies that open markets to foreign and U.S. business.

The Effect Of International Aid

This form of aid works to stabilize foreign economies through trade. It allows the U.S. to provide not only funding for global development, but also an incorporation of these developing countries into the U.S. market.

By relying more on the U.N. and NGOs for health, education and humanitarian programs, USAID can focus on multilateral development banks to foster structural economic programs. Diplomatic support for these programs in developing nations, which consume more than 50 percent of U.S. exports, will help sustain the U.S. economy as well as stabilize struggling foreign economies.

Economic stability is a vital piece of the development and sustainability agenda that Congress has been putting into place for years now. Although it is not the only solution, funding international economic stability can reduce poverty by promoting business and providing jobs both internationally and domestically.

The Plan For The Future

On March 13, 2017, an executive order for a Comprehensive Plan for Reorganizing gave the director of the Office of Management and Budget (OMB) 360 days to present a plan to the president.

By June 30, all federal agencies were to submit a drafted plan to the OMB and by the fall to include such plans in their 2019 budget submissions.

A reorganization of the national budget allows for the creation of an independent cabinet-level department for the international budget that would emphasize multilateral development banks as one of the vital aspects of international sustainable development. This department would allow funding to be allocated in whatever direction the donor wanted.