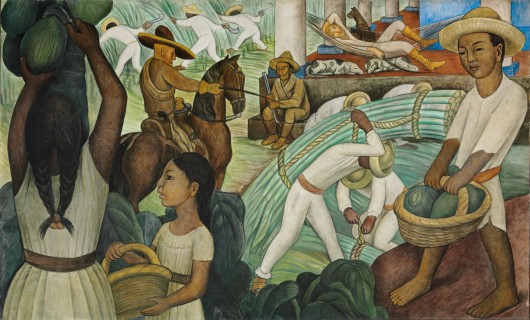 When it comes to the Trans-Pacific Trade Partnership (TPP), the United States’ sugar subsidies may not leave a sweet taste.

Touted by the U.S. government as a deal intended to alleviate barriers to fair trade amongst 12 countries lining the pacific rim, the TPP has met considerable backlash in congress this summer.

Many in Washington on both sides of the aisle have alleged that the TPP is full of deals that favor US corporations in lieu of global interests—especially when it comes to the global sugar market.

As the Obama administration was drafting the TPP, which is said to focus on redoing trade barriers such as tariffs and strict market controls between Chile, Peru, Vietnam, Malaysia, Mexico, New Zealand and the US (among others), the sugar lobby was also tightening their hold in Washington.

The sugar support program currently protects the interest of growers in the United States by heavily inflating the costs of domestic sugar. The going world price for sugar is 10.94 cents; the price in the United States is more than double that, at 24.45 cents according to the August 2015 future commodities market.

Logically, this might seem as if it would actually help foreign sugar growers in places such as Mexico. If they are able to sell their cane at a lower price the US should present an readily available market.

“Mexico struck a preliminary deal in October to send less sugar to the U.S.,” wrote the Wall Street Journal. “The U.S. is the world’s fourth-largest sugar consumer and relies on its imports, most of which come from Mexico.”

What does this mean for the future of economic development in places like Mexico? As it stands, Mexico produces more sugar than it consumes increasing the necessity of selling the surplus on the global market.

Under the existing agreement, 300,000-to 400,000 tons of sugar sit idly in Mexican storehouses, doing nothing to help spark the Mexican economy. Since the NAFTA regulations were imposed (reaffirming U.S. sugar support) the number of people living in “food poverty in Mexico has grown from 18 million” to 20 million, according to Foreign Policy in Focus.

TPP, in theory, should eliminate the NAFTA tariffs and regulations. In practice, however, the sugar lobby continues to write enormous subsidy-saving checks in Washington.

“We can’t compete with our hands tied,” said mill owner Juan Cortina, who is also the head of Mexico’s sugar chamber. “The United States offers its sector certain benefits and we should have the same. If not there is no level playing field.”

In light of the previous NAFTA agreements, the U.N. has warned that the TPP could “aggravate global poverty” as trade deals worth about $300 billion are negotiated behind closed doors.

Now, in 2015 the doors are open, and the ever-powerful United States sugar lobby is public for everyone to see.