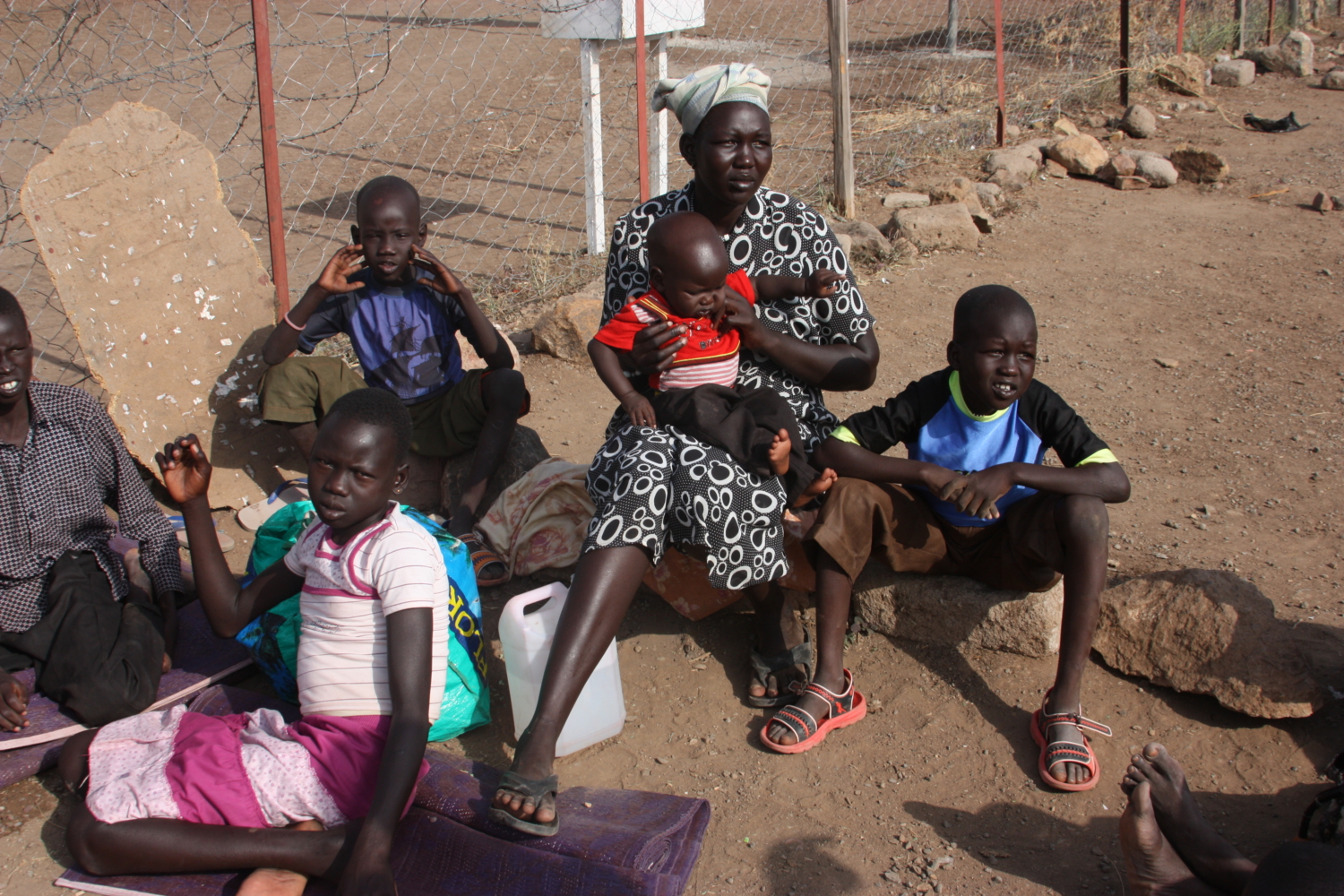 Many refugees in Sudan fled on foot to Egypt to escape violent and impoverished conditions in Sudan. About 3.8 million Sudanese refugees currently live in neighboring Egypt, which is a popular destination for Sudanese refugees because the country is accessible on foot and the refugees are still able to receive help from relatives. Egypt is a close destination and for some, it is a stopping point before they attempt to flee to Europe, which is an even more dangerous route. Although they may flee to Egypt, however, many face adversities of discrimination and poverty once there.

Many Sudanese flee their home country to other regions of Africa due to political conflict and economic turmoil. Refugees in Sudan escape their country on foot to neighboring countries. When the first civil war started about 60 years ago in southern Sudan, Sudanese refugees began to flee to Uganda, Kenya and Ethiopia.

Many individuals have fled for different reasons; some flee to obtain better rights, but in particular, many flee to escape religious persecutions. One Sudanese man was targeted due to his Christian faith and the police told him to renounce his faith. The Muslim faith is prominent and individuals who practice the Christian faith have suffered persecution. Since he continued to believe in his religion, the man went to jail where he faced beatings and torture. After spending weeks in jail, the Sudanese man fled to Cairo, Egypt.

Many refugees in Sudan flee to Egypt resulting in a burden on resources. Overall, Egypt hosts millions of refugees who flee their country’s terrible conditions, only to face racism in Egypt. Some Egyptians will call Sudanese refugees slaves and other ethnic slurs. Some have faced harassment that brings up traumatic memories and flashbacks of violent conditions they experienced in Sudan, including torture and rape. Sudanese children are sometimes bullied in school. Egyptians and even refugees from other countries exhibit this behavior.

Some individuals in Egypt recognize there is a problem and acknowledge that Sudanese refugees are negatively treated. The president of Egypt, Abdel-Fattah el-Sissi calls for his citizens to take action and to not mistreat Sudanese refugees. In 2018, an Egyptian court sentenced a man to seven years in prison for harassing, beating and killing a South Sudanese teacher who worked with refugees in Cairo.

More than 5 million refugees in Sudan left their country to escape poverty but have subsequently faced financial hardships in Egypt. Sudanese refugees in Egypt are provided with 1,500 Egyptian pounds (LE) for every child from the United Nations through the Catholic Relief Services (CRS), with no additional assistance from the state. Thus, it is difficult for the refugees to pay for schools and other expenses. At the same time, it is difficult for a Sudanese refugee to find work in Egypt, even for those with higher education, since the residence permit does not allow work. Many who do find jobs work by cleaning houses and shops.

Due to the COVID-19 outbreak, many refugees in Sudan have faced an increased level of previous hardships. A fifth of foreigners were vulnerable and lost their jobs from the COVID-19 lockdowns in Egypt. In addition, many Egyptians have lost their jobs and in return have been forced to let go of migrant workers from Africa and Asia.

A Sudanese charity has financially helped more than 500 struggling families whose breadwinners have lost their jobs. Eviction has been a major problem for Sudanese refugees in Egypt, some of whom are attempting to return home.

Many Sudanese refugees escape their home country, only to face similar problems. Impoverished conditions continue to follow them within Egypt, although many strive to work harder in the new country. Organizations within Egypt need to help to eliminate discrimination against Sudanese refugees to alleviate their added struggles.