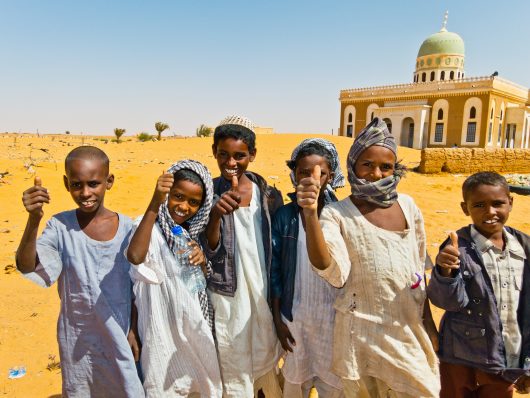 Meningitis is an infection, either viral or bacterial, that occurs around the brain and spinal cord. The bacterial form of this disease can have very severe consequences. According to PATH, 10% of victims die even with antibiotic treatment — 80% without any treatment — and survivors can still suffer from hearing loss or paralysis. Thankfully, a new meningitis vaccine offers hope despite these daunting statistics.

Sudan is one of 26 countries in Africa located in the “meningitis belt,” an area with a total population of about 450 million that has been deeply affected by meningitis over the past century. Epidemics arose about once every eight to 12 years according to PATH, and in 1996 25,000 people were killed in the largest meningitis epidemic.

MVP to the Rescue

The creation of the Meningitis Vaccine Project (MVP) via a collaboration between the WHO and PATH in 2001 did much to help the situation. MVP was able to create a meningitis A vaccine, trademarked as MenAfriVac, that could also be cheaply administered for less than 50 cents for one dose.

MVP then introduced the vaccine in mass vaccination campaigns, and as a result, 235 million people gained immunity. Amazingly, only 80 cases of meningitis A were recorded in 2015 — a huge improvement compared to the 250,000 reported cases from the 1996 epidemic.

So why then is Sudan incorporating the vaccine into its routine immunization program important if so much progress has been made in reducing meningitis outbreaks? Despite the success of the current round of immunizations, if the vaccines are not continually administered in the future, epidemics could begin again in as early as 15 years.

The fact that the meningitis A vaccine is now part of Sudan’s routine immunization program means that at birth children will automatically receive the vaccine. As long as this program remains in effect, Sudan will likely not have to worry about meningitis. This year, 720,000 Sudanese children less than one year of age are expected to receive the vaccine.

Other countries should follow Sudan in adopting the meningitis vaccine into routine immunization programs. That way, these countries will be able to suppress meningitis on their own even without vaccination campaigns and help hundreds to combat the deadly infection.