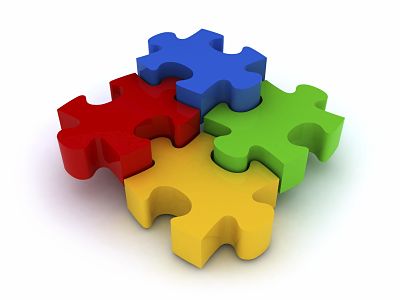 Navigating the world of the government can be a complicated and scary venture. But with a good idea and an understanding of what is expected, it does not have to be so bad. The dream of starting your own non-profit can become a reality by following these steps and tips.

A non-profit organization is defined as an organization that operates without taking a profit, meaning that any money received is not distributed to its directors, members, or officers. These can take the form of schools, churches, libraries, charities, foundations, hospitals, volunteer groups and even a few government agencies. These organizations are exempt from paying national taxes and may be from paying state taxes as well, depending on the base location of the non-profit. The Borgen Project, a national campaign to end extreme global poverty, falls under this designation. So do World Food Program USA and Charity:Water.

First, it is imperative to have a good idea to fill a need that is currently not being met. There are thousands of groups out there working to end poverty, save the environment, advocate for human rights, and end poverty. That does not mean that another organization cannot be created, it simply means that some creativity should be applied. Maybe this new organization funds inventions or works in less commonly assisted countries. It is all about taking a cause and a passion and combining them to make a difference in the world.

After an idea has been filled out and expounded upon, it is necessary to start doing some research on what requirements must be met to officially become a non-profit and become exempt from federal taxes. Several forms are necessary, including the SS-4 to receive an Employer identification Number for the IRS, banks, and others, and the 1023 to become officially recognized as a non-profit and therefore not taxed as a normal for-profit business would be. There are numerous codes, procedures, and rules that must be adhered to in order to avoid revocation of official standing. But our federal government is not the only one with special requirements; all of the states do as well.

Each state has different requirements that must be met and procedures that must be followed. Generally, though, registration of intended name must take place first thing. After that some sort of Articles of Incorporation must be submitted. These may need extra information, multiple submissions, or even publication in newspapers. For instance, the only submission needed is that of a certificate of a nonstock corporation in Connecticut and the Director must register with the state Attorney General. But in Washington, one needs two copies of the Articles of Incorporation and the Director must register with the Secretary of State. The differences may seem small and inconsequential, yet failure to comply will result in a rejected application.

Once all the research on what is necessary on the national and local levels has been completed and paperwork is underway, funding must be taken into account. Aside from the initial setup fees to the federal and state governments, money is needed for general operations, like renting a building and travel expenses. If the organization is charitable, money is obviously needed to fund various projects and to make the necessary donations. Clint Borgen started the Borgen Project on his laptop while and made money for his dream by living on a fishing boat in Alaska. Now the non-profit takes part in constant fundraising and takes on corporate sponsors to fund their existence. It is all about doing the homework and having the patience to understand that raising the money for start-up, as well as to stay running and meet goals, will take a lot of hard work as well as time.

When all the paperwork is done, the money has been secured, staff has been acquired, and the start-up is through the initial processes the work of getting the name out there can begin.

And the list continues indefinitely. Most importantly is to continue to work and stay optimistic even when it seems like the whole thing is taking entirely too long.

Training Program in Pakistan & World Learning Poor People: Do They Hold Societies Back?
Scroll to top