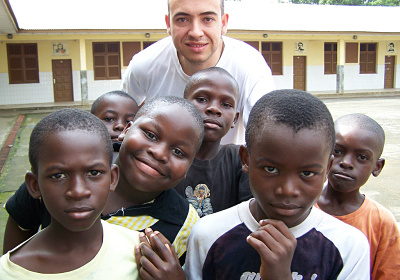 Despite being one of Africa’s fastest-growing economies and a major producer of oil, Equatorial Guinea’s poverty rate is high due to institutional weaknesses and corruption that restrict the country’s ability to provide basic services to its people.

With a population of approximately one million people, Equatorial Guinea ranks 138 out of 188 countries in the Human Development Index for social and economic development, despite a per capita gross national income of $21,056 in 2014, the highest in Africa.

Oil has been a source of economic growth in Equatorial Guinea for the past five years, but due to corruption under President Teodoro Obiang Nguema Mbasogo, who uses oil revenues to fund the lifestyles of the elite, poverty persists. The government invests an imbalanced ratio between infrastructure and health and education.

The African Union does not prioritize Equatorial Guinea in its efforts to eradicate poverty because of its oil wealth. However, nearly half of the country’s population lacks access to clean water. In 2011, 26% of children were malnourished, and one in four children did not receive vaccinations. In 2016, 42% of children were not registered in primary schools. Only half of children finish primary school, and less than 25% begin middle school.

In a recent Human Rights Watch interview, researcher Sarah Saadoun described the mismanagement and high-level corruption in Equatorial Guinea. Saadoun explained that the display of wealth by the president’s family and other officials next to such poverty shows a contrasting picture of a country’s poverty despite its obvious wealth.

“What we found—unequivocally—is that the government has violated its obligation to realize people’s right to health and education…and it is hampering the government’s ability to deliver education, health and clean water to Equatorial Guineans,” Saadoun stated.

Equatorial Guinea’s poverty rate cannot improve if the country does not tackle corruption from within and invest in its companies and resources and receive foreign investments. Unless new reserves are found, the country’s oil will run out by 2035. Equatorial Guinea can become prosperous through poverty reduction if it makes smart moves before an economic crisis ensues.