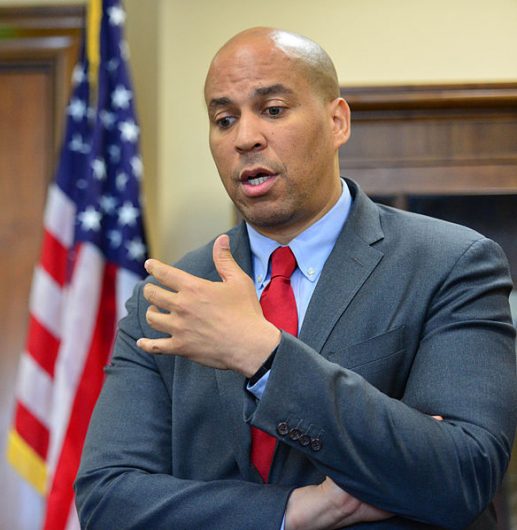 With people looking ahead to the 2020 presidential election, New Jersey Senator Cory Booker is in the spotlight for many Americans. Advocacy for foreign aid and establishing good relations with other countries have been prioritized in his campaign and throughout his congressional leadership. This advocacy is reflected in his speech, campaigning and most importantly, his sponsorship and co-sponsorship of several bills.

The African Growth and Opportunity Act (AGOA) and the Millennium Challenge Act (MCA) have already gone into effect and have been successful in sub-Saharan African countries. Senator Booker supports updating these acts, which will enhance the successes the U.S. is seeing from the original laws. Modernizing these programs will benefit the U.S. by increasing transportation, communication and energy networks, and will open the U.S. market to these sub-Saharan African countries.

As a Rhodes Scholar recipient, it is not surprising that Senator Booker cares deeply about education. Booker co-sponsored the Reinforcing Education Accountability in Development Act (READ Act) to support the right to basic education in developing nations. The READ Act partners with impoverished nations to develop a quality curriculum, stabilize the education system and help children become successful in literacy and numeracy. Achieving these goals will increase the number of skilled workers in the future, which will benefit the nation’s development.

Another example of Senator Booker’s interest in humanitarian and foreign aid is his co-signing of the Burma Human Rights and Freedom Act of 2018. This bill calls for U.S. action and aid regarding the thousands of displaced Rohingya people of Burma. Booker agrees that the U.S. should invest $104 million of foreign aid in Burma to help the victims of the Burmese civil war, restore the nation’s economy and establish democracy in the nation. It will also call for those responsible for crimes against humanity to be held accountable.

Senator Booker and several other senators, both Republican and Democrat, co-signed the Syrian War Crimes Accountability Act of 2017. This bill would hold Syrian President Bashar Al-Assad accountable for his war crimes and brutalities against Syrian people over the last seven years. As stated on his official website, Booker sees the issue of violent extremism, whether foreign or domestic, as a priority issue for Congress.

The Combating Global Corruption Act of 2017 aims to decrease corruption in designated countries. Many countries, especially those in sub-Saharan Africa, struggle with government corruption and very little is being done about it. Senator Booker has already expressed his concern for the ongoing political crisis in the Democratic Republic of the Congo, so it comes as no surprise that he co-signed this bill to alleviate global corruption.

As a member of the Committee on Foreign Relations, Senator Booker supports several foreign policy and aid bills that The Borgen Project advocates for. His hard work, advocacy and relentless fight for humanitarian aid and foreign relations for the U.S. make Senator Cory Booker one of the most popular junior senators America has seen.

Addressing Challenges for Women in the Dominican Republic What Are the World’s Deadliest Diseases?
Scroll to top