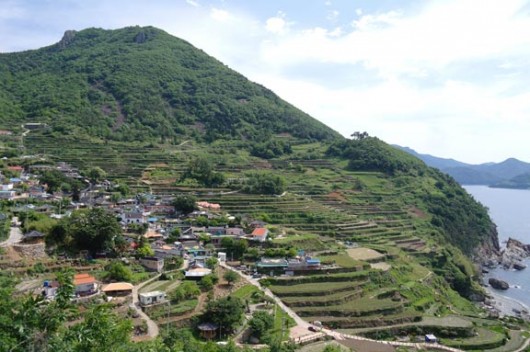 With a history of agriculture and farming, the Korean Rural Community Corp. (KRC) has decided to spread its knowledge by building an agricultural training center.

The corporation plans to begin construction for the estimated $43 million dollar Rural Community-International Education Exchange Center (RC-IEEC) in 2016 and will start running the facility in 2017, training government officials from developing countries to learn more about Korea’s knowledge of agriculture.

“Many developing countries are seeking to learn from Korea about how it developed its agricultural industry,” said KRC CEO Lee Sang-mu.

According to the CEO, “To meet this growing demand, we decided to build the RC-IEEC to more effectively share our knowledge about farming, agricultural infrastructure and experience with the developing world. The planned facilities will enable us to share our knowledge in a more systematic manner.”

In the 1970s, farming and agriculture accounted for half of South Korea’s economy. Known for their long, hot humid summers that are favorable for the development of varied vegetation, South Korea’s most popular crops include rice, pork, beef, and milk.

Due to the rapid growth of technology, currently agriculture only accounts for 6.2 percent of the economy.

Today, South Korea is the Asian leader in organic agriculture production, making this announcement a timely decision to build the RC-IEEC and share their agricultural knowledge with developing countries.

“The RC-IEEC will play a crucial role in spreading Korea’s experience and knowledge in agriculture by inviting public-and private-sector government officials from 50 developing nations to come and learn,” Lee said. “The center will contribute significantly to improving the livelihoods of farming villages across the globe.”

The four-story building will have classrooms, conference rooms, and other teaching facilities that will create an environment to learn and conduct business. The center plans to provide at least 50 academic training programs in the areas of rural development, rural welfare, and individual empowerment.

With the announcement of the training center, many developing countries are already on board for training with hopes to solve their countries’ personal food crisis.