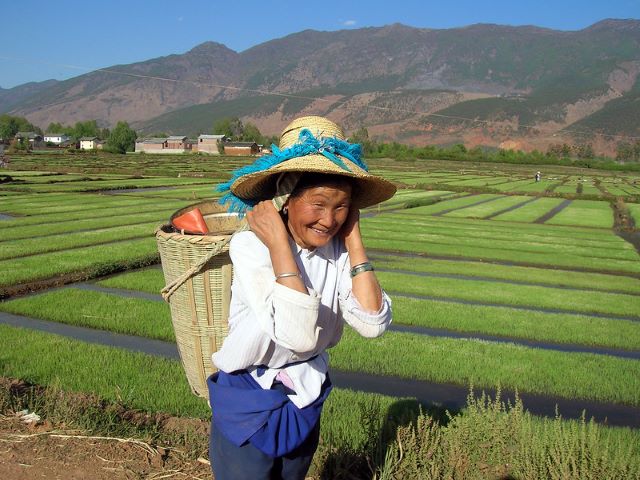 The head of the United Nations International Labor Organization, Guy Ryder, praised China’s efforts to meet its goal to solve rural poverty by the end of 2020 despite the socioeconomic complications brought on by the COVID-19 pandemic. He further highlighted the importance of China’s work toward achieving the U.N.’s 2030 Sustainable Development Goal of eradicating extreme poverty worldwide.

The relief campaign, which began in 2013, will remain in place after achieving the intended poverty reduction goals. Officials plan to institute a transitional period to monitor economic progress and prevent backsliding among those most recently lifted out of rural poverty. The transition period is also meant to introduce a shift from addressing absolute poverty to the wider goal of assisting poor agricultural regions.

Advances in digital infrastructure have transformed internet access nationwide. In 2018, China’s Information Technology Ministry announced its goal to expand internet access to 98% of underprivileged areas. China achieved this goal in August 2019, resulting in an 8% increase in the number of internet users. Moreover, rural and urban regions enjoy the same internet quality and speed. This improvement in internet access has spurred new technological development projects, including 5G, blockchain and advanced logistics systems in rural areas.

E-commerce for the Rural Impoverished

As a result of this trend, consumption through e-commerce has been a key tool in aiding the rural impoverished. The China E-commerce Poverty Alleviation Alliance consists of 29 e-commerce platforms that allow Chinese farmers, who otherwise struggle to turn a profit, to list their products for sale online. E-commerce tools with the alliance have resulted in nearly $300 million worth of sales of agricultural products from underprivileged regions. Live streaming platforms are another increasingly effective method for rural farmers to increase the visibility of their products and reach out to new customers nationwide.

Another prominent program to solve rural poverty is the rural resettlement program. This system relocates populations who live in ecologically dangerous or remote areas closer to urban regions to grant them access to better job opportunities, quality healthcare and formal education in cities.

One example is the resettlement of the Yi ethnic minority in Liangshan Yi autonomous prefecture in Sichuan province. Atule’er, also known as Cliff Village, is the mountainous and underdeveloped home of the Yi people, fostering little tourist attention or economic activity. The local government has resettled a large portion of the village to the more developed Zhaojue province and has given villagers subsidized apartments.

This relocation program and the rural poverty alleviation campaign as a whole, are not without flaws. Some relocated residents are unable to find work opportunities in their new city and must move back to their village because they can not afford the high cost of living. Even if some do gain access to economic opportunity in the city, many are concerned about what these relocations mean for minority cultures. Forced industrialization and urbanization is seen as a tool for the state to force non-Han ethnic minorities to assimilate and leave behind their traditional customs.

National-level disorganization has also drawn criticism. About 60% of citizens who should qualify for poverty-stricken status based on their income to receive welfare payments and subsidized housing from the state did not receive the designation. Many other citizens incorrectly received poverty-stricken status as a result of bureaucratic errors, misdirecting the benefits away from the millions of unaided rural impoverished.

Aside from state-led initiatives, which tend to draw the most controversy, non-governmental organizations (NGOs) also aim to solve rural poverty in China. The China Foundation for Poverty Alleviation (CFPA) is one such NGO that aided 4.19 million people and raised more than 580 million yuan, about $91 million, in 2017 alone. One notable project is the New Great Wall Program, which promoted increased access to education by providing scholarships and financial assistance to students from underprivileged backgrounds. The CFPA also engaged in the Beautiful Countryside Program to repair damaged houses, roads and infrastructure, both improving living conditions and promoting tourism in otherwise economically underdeveloped regions.

Despite China’s extensive steps, there is much room for improvement regarding respecting minority cultures and ensuring that the progress achieved thus far will be lasting. Thus, NGOs that build relationships with the local communities themselves are proving essential in the fight toward eradicating rural poverty.