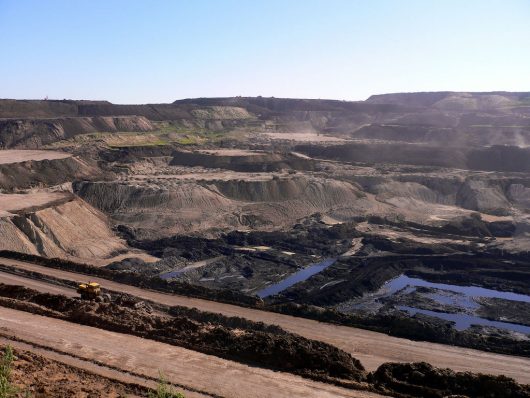 The entirety of human civilization uses 14 terawatts (14 followed by 12 zeroes) of power per year. Developed countries consume the majority of that total. The United States, although only 5 percent of the world’s population, accounts for 25 percent of its energy consumption. The lack of available power in underdeveloped countries fosters more demand for power at an unrealistic cost for families living on $2 or less a day. Low incomes combined with expensive and non-renewably sourced power fosters a cycle of energy poverty.

Nearly two billion people worldwide do not have access to modern energy. In less developed nations with prominent health crises, a lack of reliable energy sources can cause business owners to lose customers or even lead to the loss of life-saving vaccines. These communities rely heavily on burning coal, waste or wood for cooking, heating and light. To equip the underdeveloped world with modern energy options and enable the use of exuberant amounts of energy in the developed world would require roughly 30 terawatts of energy by 2050, according to experts.

The best formula to solve energy poverty has been widely debated. Some argue for coal plants, citing China as a success story. According to the U.N. Development Programme, China has helped millions of people out of poverty and to join the middle class by burning more coal. However, China is now also the leading nation in greenhouse gas emissions. The effects of burning coal are not limited to the environment. Smoke from burning coal and other biomass cause respiratory diseases that kill over 3.5 million people each year.

Alison Doig, the senior adviser on climate change at Christian Aid, warns that the poor are hit the hardest by climate change. An analysis by Cafod, Christian Aid and thinktank The Overseas Development Institute explains that the perpetuation of current coal-reliant energy policies risks leaving one billion people without access to electricity and three billion without access to clean cooking facilities by 2030.

The next options pit centralized distribution against distributed generation.

Although arguing the cost-efficiency and sustainability of various solutions has made implementation of any one option near impossible, here are some suggestions to solve energy poverty:

A study released by the International Energy Agency and two U.N. bodies, the Development Programme and the Industrial Development Organization, states that energy poverty can be solved without breaking the banks of nations or contributing to the growing climate change issue. The study emphasizes “parts and patterns” as opposed to “packages and services”; that is, giving communities the capacity and training to solve their own energy problems. Providing energy to the poor as outlined in the United Nations Millennium Development Goals program would require only .06 percent of global GDP. Aiding the 1.4 billion people without access to electricity and the three billion who rely on burning biomass could be simpler than once estimated. According to the study, by 2030, electricity generation would only increase globally by 2.9 percent, demand for oil would increase by less than 1 percent and carbon emissions would be 0.8 percent above current projections.

Thomas Taha Rassam Culhane is a co-founder of Solar CITIES, a nonprofit organization that works with residents of poor neighborhoods in Cairo, Egypt and other African nations to install rooftop solar water heaters and small-scale biofuel systems. Culhane suggests that aid organizations use their financial clout to buy materials needed for small energy projects and distribute them at radically reduced costs.

The United Nations General Assembly declared 2014 to 2024 the “Decade of Sustainable Energy for All” and established the Sustainable Energy for All initiative in 2011. Research is still being conducted to determine the best methods to solve energy poverty, but with the help of aid organizations and the U.N., SE4ALL has made supporting universal energy access a priority.