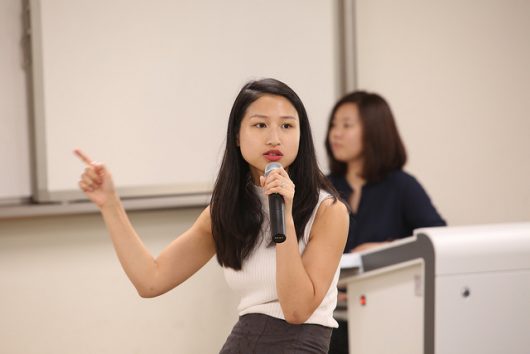 More than 250 million children do not attend school, according to UNESCO. After realizing that almost all NGOs only address this issue for a limited few thousand children, the famous venture capitalist Ong Peng Tsin became inspired to take a more revolutionary angle. Believing entrepreneurial investment in creative startups can increase social good for millions and eventually transforming education in developing countries, Tsin asked: “Can we teach without human teachers? Can you teach without schools?”

What is Solve Education?

Gathering minds from the gaming industry, the social media world and pedagogues, Tsin then created a smartphone-based system called Solve Education. The company’s mission is to close the global education gap by taking advantage of the rise of smartphones and game mechanics to engage youths in accessible, educational opportunities.

Technology as a solution is relatively new to philanthropists worldwide, but the technology boom in Asia produces wealthy entrepreneurs looking to invest in social enterprise tech focused on multiplying impact with big-scale tech projects.

Naina Subberwal Batra, CEO of the Asian Venture Philanthropy network, distinguishes between the generation of philanthropists who say: “Let’s build schools; let’s put our name on buildings” and the newer group who’ve “made their money through tech. And if you really want to look at social enterprise tech is the fastest way to scale.”

Global investors in the first half of 2017 have poured about $8.15 billion into edtech ventures. As a whole, the Asia-Pacific region has been predicted to own 54 percent of the global edtech market by 2020. Google and KPMG reported that India’s online education market will reach about $1.96 billion in the next four years, which equates to about the $1.2 billion invested in Chinese edtech companies in 2016.

The interest in edtech investments aligns with the fact that Asia has more young people than any other continent. Parents in Singapore invest about $70,939 annually for their children’s education, which is almost twice the global average amount. China, in its 13th Five-Year Plan, is encouraging the development of online education to gradually modernize China’s education system with $30 billion in investments by 2020. Other countries in Asia have similar plans revolving around increasing tech education.

A Powerful Organization Advocating For Good

Tsin’s self-funded initiative, this application will be based on its initial success to essentially create millions of workers that will generate revenue flow in their field. So far, the initiative is being used in the following countries: Indonesia, Malaysia, Myanmar, Philippines, Rwanda, Singapore, Thailand and Vietnam.

Requiring only low-end smartphones and intermittent internet service, this application reaches those that are marginalized by education systems and opportunities.

This crowd-working model is not a guaranteed success, but it does broach the issue of limited and inaccessible education in an innovative and optimistic way. It provides more opportunities for the youth, ethnic minorities, immigrants and refugees, women and girls, the unemployed and others that generally have difficulty gaining access to quality education.

All in all, Solve Education is a powerful nonprofit in its resourceful intersection of social good ambitions and use of rising edtech in transforming education in developing countries.