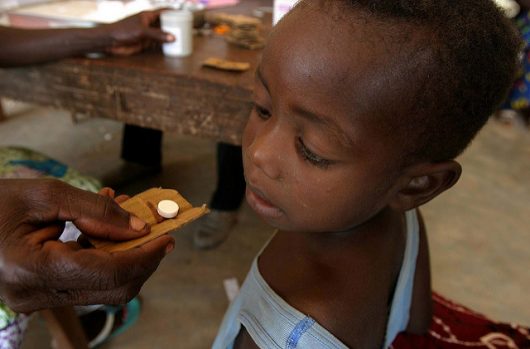 Newborns remain at high risk in war-torn countries, and in the case of Central African Republic, many women lack adequate resources to ensure a successful pregnancy. This absence has resulted in the nation having one of the largest statistics of infant mortality in the world.

According to a study by UNICEF, the main cause for infant mortality in third-world countries is preterm birth complications, which encompasses 35 percent.

Complications can often result from limited access to medical care. According to the same study by UNICEF, not only was infant mortality in Central African Republic one of the highest in the world, but as of the year 2009, there were only three healthcare professionals to assist with every 10,000 people in the country.

Also, due to the lack of trained medical professionals to assist pregnant women, many mothers decide to have the child at home or end up in labor before they reach a facility. In a 2012 report published by Doctors Without Borders, the report stated that 26 percent of newborn deaths occurred in a hospital, while 74 percent of deaths occurred at home or en route to a hospital.

Due to the high risks that newborns encounter, organizations have provided and proposed solutions to infant mortality in Central African Republic. According to the Population Reference Bureau (PRB), midwives can serve as a substitute for mothers who are unable to make the journey to the nearest healthcare facility.

The Importance of Breastfeeding

UNICEF has made efforts over the years to address this statistic and stated that it has supplied thousands of children and mothers in Central African Republic with Vitamin A supplements to aid with breastfeeding.

Furthermore, Doctors Without Borders has established a project in the town of Boguila that includes a hospital which operates and provides secondary health care, an outpatient department and 10 health posts in proximity to the town.

With access to safe and quality healthcare facilities, midwifes and proper nutrition before and after pregnancy, mothers can be in better means of having children that survive after birth — an occurrence that would decrease the alarming rate of infant mortality in Central African Republic.

Home is Where the Hard Drive Is: 3D Printed Homes in El Salvador CariSECURE Reduces Crime and Violence in Barbados
Scroll to top