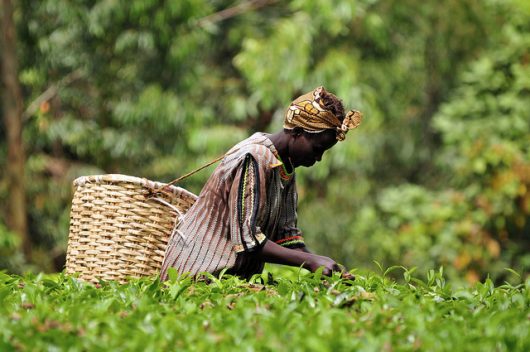 According to statistics released by YieldWise, a Rockefeller Foundation initiative, approximately one-third of all available food in the world spoils or gets thrown away before it reaches the consumer. With one out of every nine people on the planet either undernourished or food-insecure, this loss of resources is unacceptable. Additionally, the environment unnecessarily suffers due to the waste. YieldWise reports that 3.3 billion tons of carbon dioxide from uneaten food is released into the atmosphere and 66 trillion gallons of water are used on crops that are never eaten.

Kenya is no stranger to unnecessary waste. Kenyan farmers used to watch 30 to 50 percent of their harvests go to waste because they had no means to extend the life of their fruits while they searched for buyers. Many lacked cold storage to preserve their harvests.

Launched in 2016, YieldWise has already made great strides in mitigating those losses and making sure more food makes it to the table. In partnership with TechnoServe, a cold storage facility that runs on solar power was recently made available to approximately 150 Kenyan farmers. With a simple car battery, an inverter and four solar power panels, the facility prevents approximately 3.4 tons of mangoes from spoiling prematurely. Although the facility does not get quite as cold as a traditional refrigerator, it still adds precious days to the shelf lives of the fruits.

The oppressive heat is not the only hurdle Kenyan farmers face. Another foe, this one with wings, threatens profits by destroying more than 60 percent of fruits. The insect menace is Bactrocera dorsalis, a species of fruit fly. The increased temperatures create a favorable environment for the invasive flies.

Previously, farmers used pesticides to kill the flies, but many buyers were uninterested in produce that has been exposed to chemicals. In response, the International Centre of Insect Physiology and Entomology (ICIPE) in Nairobi instituted a fruit fly pest management program. Ivan Rwomushana, who leads the program, reports that ICIPE is training farmers in alternatives to chemicals. Unique solutions like pheromone traps and parasitic wasps are being used in lieu of pesticides.

Farmer John Musomba is a big supporter of the new pest control methods and the solar power facility. “With the organic control interventions in addition to the cold storage facility, I now harvest and sell 250 tons of mango fruits in a year,” Musomba said. Prior to the introduction of the solar power cold storage facility and the organic methods, he only sold 100 tons of mangoes.

Musomba and his family are reaping the benefits. He said that buyers used to snub their harvests because of the exposure to pesticides, but that all changed with the new pest control approach. “Since we switched to organic farming, traders are now trooping around here for our fruits,” he said.

Thanks to the new cold storage facility, those fruits last even longer.