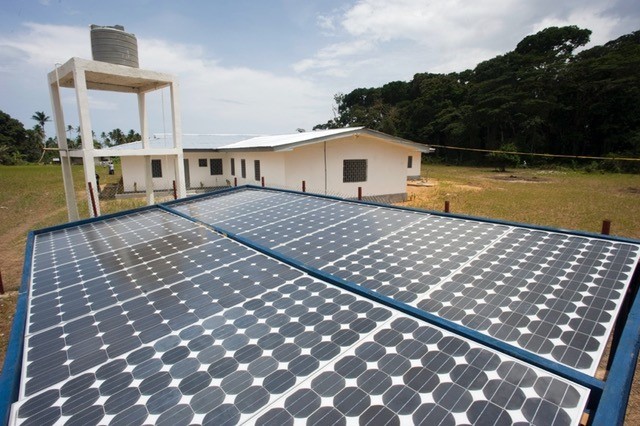 Photovoltaics panels, more commonly referred to as solar panels, are often cited as the best way to decarbonize the world’s energy grids and reduce emissions. According to MIT, the price per solar cell has decreased by 99% since 1980. These incredibly low costs have now unlocked the use of solar panels for the world’s poorest continent, Africa, with incredibly positive ramifications for the local environments of its citizens and the international effort to reduce emissions. Beyond emissions, however, cheap solar energy also improves the prospects for poor and rural Africans to access electricity, opening new opportunities to enhance standards of living and reduce poverty rates. With the majority of the world’s poor now located in sub-Saharan Africa, these cheap panels, along with the innovative thinking of African communities across the continent, have created new use cases for solar energy that are increasing water security, improving rural access to electricity and increasing economic resilience for Africa’s developing economies. Here are three ways solar energy is transforming Africa.

Poverty remains a significant problem in Africa, with more than half of the world’s deeply impoverished peoples living in sub-Saharan Africa. However, through remarkably low costs and a variety of unique use cases across Africa, solar panels are now increasingly capable of delivering energy, water security and economic growth. From LED-powered lights in rural African schools to increasingly reliable electricity for African small businesses, solar energy is transforming Africa by contributing to its economic rise and modernizing its rural life. And, with solar-powered desalination moving from fiction to reality, water security is increasingly possible across the continent, leading to greater community stability and resilience. All of these factors play an essential role in decreasing poverty rates and improving the quality of life on Earth’s poorest continent. Sunlight, it seems, will brighten Africa’s nights in the future.