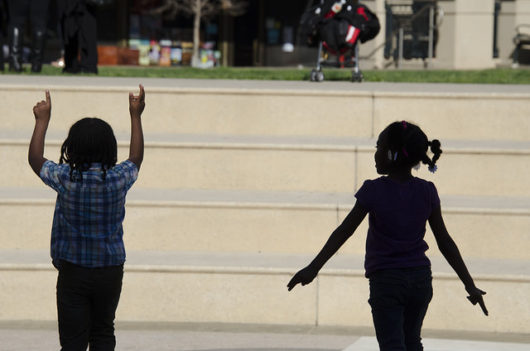 To get a better understanding of the different ways in which one can contribute to the community, it’s important to know the similarities and differences between charities, nonprofit organizations and philanthropy.

A large part of progress in the world is due to humanitarian aid and contribution, whether it be people donating money or food to the less fortunate or people coming together to work for and promote human welfare. Charities, nonprofit organizations and philanthropy are important to communities because each is effective in bringing positive change and offers valuable opportunities and programs to people.

While charities, nonprofit organizations and philanthropy can be used interchangeably and are similar in that each brings positive change, they differ significantly in the way they operate.

A charity is an immediate but emotional monetary donation or short-term contribution usually intended for crisis and relief efforts and supported completely by the public.

People usually donate to a charity that they have a personal connection to or are emotionally affected by. For instance, if a person is deeply concerned about animals, he or she may give a monetary donation at a local animal shelter.

According to Score, one of the ways to understand the differences between charities, nonprofit organizations and philanthropy is to remember that a nonprofit’s purpose is educational or religious and if its funds promote a cause that affects the general public and uses public solicitation to operate, it is most likely a charity.

Examples of donations to a charity include giving money or food to a homeless shelter, donating to an animal shelter, giving money to The Salvation Army bell-ringers outside one’s local supermarket during the holiday season, etc.

A popular nationwide nonprofit organization is the American Red Cross. The American Red Cross website states that a donor’s donation goes toward strengthening the Red Cross response to nearly 64,000 disasters a year, providing a safe place, food and other necessities to affected individuals and their families. In 2016, the Red Cross provided 385,000 emergency assistance services, gave millions CPR and AED training and supplied 7 million blood products to patients in need.

According to Medium, philanthropy is a long-term strategic investment and intervention dedicated to building long-lasting and successful change in individuals and communities.

While many think a philanthropist is someone who donates large amounts of money to an organization, a philanthropist can be somebody devoted to ending a certain social problem and promoting human welfare.

Although there are several differences between charities, nonprofit organizations and philanthropy, the important part is that all of these are effective in building a more efficient and progressive world. It doesn’t matter if someone donates to charities or nonprofit organizations or decides to become a philanthropist, what matters is their contribution serves to help those in need and is also another step toward progress.