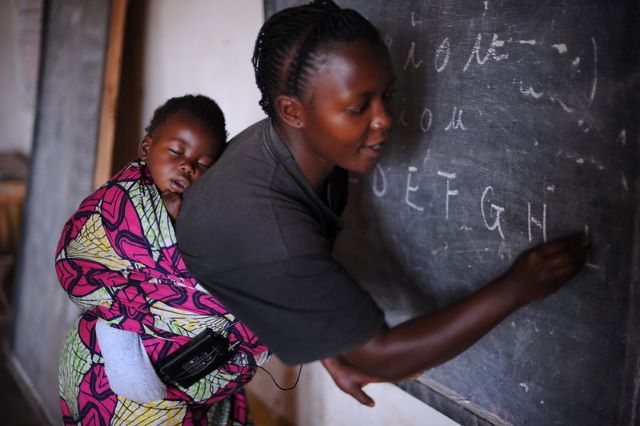 Across the globe, women face harsh inequalities in education and the promotion of other crucial rights. Women make up more than two-thirds of the world’s illiterate population, receive lower wages, experience gender-based violence and are forced to adhere to strict societal gender norms that prevent their progression. This is especially the case in developing countries. She’s the First is an organization where the progression of women is a central focus.

She’s the First, a nonprofit organization, recognizes the benefits of prioritizing women and gender equality. When females are educated and empowered, they can earn up to 20% more as an adult for each additional year of schooling completed. They are also then more likely to be in healthy relationships, have fewer but healthier children, are less likely to marry early and are more likely to make an impact in the world. These reasons are why She’s the First puts girls first by promoting women’s equality and education.

She’s the First promotes girls’ education and equality. It provides funding to different community-based organizations that can implement culturally efficient ways for girls to attend school as well as afterschool programs where they can further their education while simultaneously learning about life skills and reproductive health. She’s the First also runs training and conferences around the globe. These conferences amplify girls’ voices around the world, inspiring them to become leaders in their own communities. As of the end of 2019, She’s the First reached 11,000 girls, had a presence in 21 countries and provided training for 52 community-based organizations.

She’s the First is a co-organizer of the Girls’ Bill of Rights, a declaration of the rights all girls are entitled to, written by girls, for girls. More than 1,000 girls from 34 countries contributed to the list, created on the 2019 International Day of Girl and presented to the United Nations. The Girls’ Bill of Rights advocates for the promotion of girls’ rights like quality education, equality, leadership, sexual education and reproductive rights, protection from harmful cultural practices, free decision-making and more. To support the Girls’ Bill of Rights, supporters can use the hashtag “#GirlsBillOfRights”, co-sign the bill or make a public pledge of support.

She’s the First is an organization that works toward complete equality for women worldwide, especially in regards to education. Currently, women face a significant disadvantage, especially those who are uneducated. If women are given education and equality, they can lift themselves out of poverty since education is directly related to lowering poverty levels. She’s the First spreads this idea by creating culturally efficient ways for girls to go to school and further their education in developing countries. The organization also advocates for women’s rights through the Girls’ Bill of Rights. She’s the First plays a crucial part in empowering women and helping them to lift themselves out of poverty.