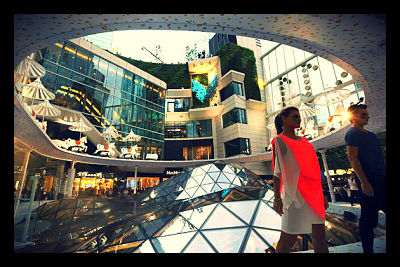 China’s economy, the services sector in particular, appears to be slowing down, according to statistics.

According to the Hong Kong and Shanghai Banking Corporation (HSBC)/Markit Services, the Purchasing Managers’ Index (PMI) of China dropped to 50.7 in January. “The slower expansion of services activities in January reflected soft manufacturing growth and the impact of Beijing’s latest measures to curb official extravagance,” said Hongbin Qu, Co-Head of Asian Economic Research at HSBC.

Although Qu said services would rise again in the next few months, he also said “a meaningful improvement relies on stronger growth of manufacturing sectors and the implementation of reforms to boost service sectors.”

To provide an updated understanding of what is affecting the private sector economy, the PMI tracks variables such as sales, employment and prices. Moreover, Markit states in its website that businesses as well as governments rely on its data to make better monetary decisions and shape policy.

“The HSBC China Services PMI is based on data compiled from monthly replies to questionnaires sent to purchasing executives in over 400 private service sector companies,” noted Markit on a press release. “The panel has been carefully selected to accurately replicate the true structure of the services economy.”

For China, the PMI score of 50.7 indicates the output growths at manufacture companies and service providers are weakening. It also indicates that these entities are beginning to cut the prices of what they are trying to sell.

A Reuters article states that China’s economy is still above the 50-point level in which anything below it signifies contraction. In a nutshell, the current score means that the Chinese economy is slowly growing, but it is also on the verge of contraction.

In terms of GDP, the economy of China is the second-largest in the world, according to the World Bank. Based on the Chinese government’s official poverty line, poverty in the nation declined dramatically. However, despite past achievements, many people in the rural areas of China remain impoverished.

“Since the international standard is somewhat less severe than China’s official poverty line, it indicates greater numbers of poor in all years, and that by end-1998, a much larger share of the rural population – about 11.5 percent or some 106 million people – remained in poverty,” said the World Bank.

Once again, it is anticipated that China’s services sector will eventually pick up in the coming months. Only time will tell what direction it will take as the economy that once proved to be a miracle.

That Awkward Moment When Technology Took Your Job So, You Think You Know Martin Luther King Jr.?
Scroll to top