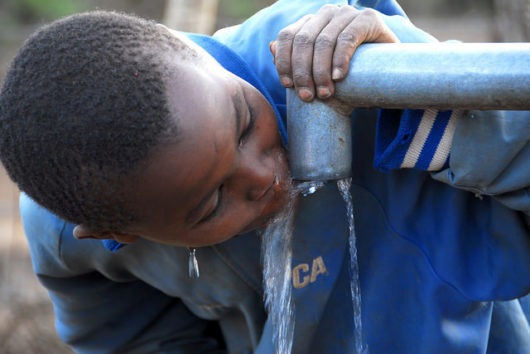 Seahawks linebacker K.J. Wright is addressing the issue of clean water in Kenya. Currently, 41 percent of Kenyans (19 million people) still lack reliable, safe water sources for drinking water. While on vacation in the Maasai Mara region, Wright witnessed the challenges faced by locals, especially females, when it came to collecting drinking water and decided to start a fundraising campaign with the goal of building two wells in the village he stayed in.

The Global Issue of Clean Water

The availability of clean water has been a major issue across the globe. In July 2010, the United Nations deemed access to clean water and proper sanitation a human right. Yet in 2017, 2.1 billion people still lacked safe drinking water and 4.5 billion did not have sufficient sanitation services. Without safe management of sanitation services and wastewater from cities, businesses and farms, waterways are likely to be polluted. When these water sources are used by community members as drinking water, many health risks arise.

Contaminated water and poor sanitation remain the most common reason for child mortality and are associated with diseases including cholera, dysentery, hepatitis, typhoid and polio. By creating the infrastructure for water services, an impoverished community can significantly reduce the number of preventable health issues.

Clean water infrastructure, however, can be expensive. To build a single well in the village K.J. Wright visited will cost $20,000. In order to adequately cover the expense of two wells, Wright has set a goal of $50,000 for his fundraising campaign. He will personally be donating $300 for every tackle he makes during the football season, which has added up to $1,500 as of November 2018. He has also created an online donation page through Healing Hands International for individuals wishing to support clean water in Kenya.

Women and girls are particularly affected by this problem because water sources are often miles away, and females are usually the ones expected to collect water for the family. Aside from the health impacts of walking great distances daily, the time invested in this chore also prevents many girls from attending school.

Seeing this had a profound effect on Wright. Commenting on his trip to Kenya, Wright said, “I noticed this young girl had dirty brown water. So, I just wanted to help this community. The young ladies have to walk many miles twice a day just to bring back water, and when they do get the water, it’s not even clean. […] I just want to bless this community that blessed me.” By building these two wells, Wright will be helping these young women not only by reducing the time it will take to collect water but also by giving them access to a clean water source.

Local access to safe drinking water will drastically alter the lives of residents and improve the overall health of the village. Clean water in Kenya is just one example, but celebrity efforts, such as the steps taken by Wright, can have significant positive impacts on impoverished communities.

Fundraising campaigns and advocacy from public figures affect change quickly and can reach diverse audiences that otherwise would not be educated on issues of poverty, clean water, women’s rights and more. Wright plans on returning to Kenya next year and hopefully will continue supporting the world’s poor and inspiring others to take action as well.