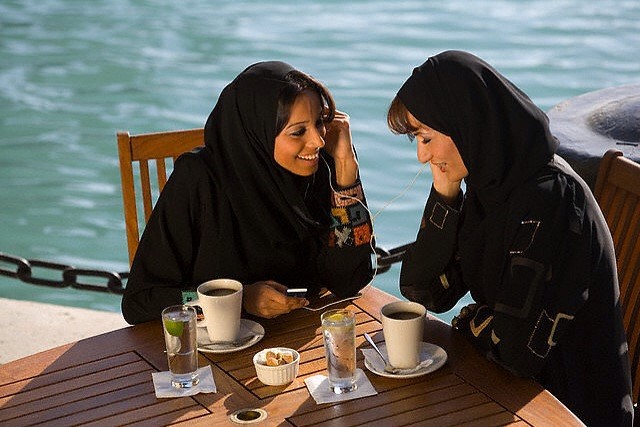 The U.N. Sustainable Development Goals (SDGs), declared in 2015, are a list of 17 goals of economic and social development upon which each nation has received the call to improve. SDG Goal 5 requires each member state to achieve gender equality and empower all women and girls. This article contains some updates on SDG Goal 5 in Saudi Arabia.

Despite a longtime refusal to challenge embedded cultural hostility towards women, the government of Saudi Arabia has made some modest changes that have lifted some of the restrictions that have historically been placed upon Saudi women. Examples include the 2011 decree allowing Saudi women to vote and the 2018 decision to allow Saudi women to drive.

As per the SDGs, Saudi Arabia must work toward developing a more equitable society for women by the year 2030. The following are updates on SDG Goal 5 in Saudi Arabia.

One indicator of SDG Goal 5 is women’s representation in the national parliament of a country. Given that Saudi Arabia is an absolute monarchy, it does not have a national parliament. The consultative Shura Council is the closest approximation to a parliament and is responsible for submitting legislative recommendations to the King.

In 2013, Saudi King Abdullah appointed 30 women to the 150-member council for the first time. However, as of 2017, female representation on the Shura Council has remained at 20% and the Saudi King is the one one who can increase it.

Another indicator of SDG Goal 5 is the promulgation of legal frameworks that promote equality and non-discrimination on the basis of sex. Any updates on SDG Goal 5 in Saudi Arabia would be incomplete without an assessment of the status of the male guardianship system. By law, Saudi women must be under the authority of a male relative or spouse. Until recently, Saudi women could not apply for a passport or leave the country without their male guardian’s approval. Neither could they register marriages, divorces or their children’s births.

However, in 2019, a series of decrees announced by Saudi Crown Prince Mohammad bin Salman weakened the authority of the male guardianship system.

Today, Saudi women can obtain a passport and travel outside the country without male permission. Moreover, women can now register marriages, divorces and their children’s births. Additionally, employment opportunities for women have also expanded, with law guaranteeing a woman’s right to work.

Child marriage has been a historic issue in Saudi Arabia. However, in January 2019, the government of Saudi Arabia implemented new marriage regulations for children preventing girls and boys as young as 15 from marrying without the consent of a court of law. Although the U.N. does not have publicly available data on the child marriage rate in Saudi Arabia, the fact that child marriage is legal opens the possibility for a high proportion of marriage of girls under age 18.

These updates on SDG Goal 5 in Saudi Arabia demonstrate that although a series of recent reforms have eased the burden on Saudi women and girls, the government of Saudi Arabia continues to uphold certain legal institutions of gender discrimination. Low representation in the Shura Council, an intact male guardianship system and regulations enabling child marriage serve as examples of the challenges that Saudi women still face in 2020.