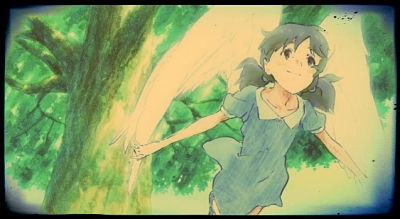 Following the 2011 earthquake and tsunami in Japan, hundreds of organizations began collecting millions of dollars to donate emergency aid and supplies and other necessities to rebuild the broken communities. One organization however, specifically has set to bring back the love of music to Japanese children.

School Music Revival was organized by The Japan Musical Instruments Association. Founded by influential leaders in the music business, including the President of Yamaha Corporation and Kawai Musical Instruments, School Music Revival began a campaign across schools in Japan, inspecting their instruments and music programs in the aftermath of the disaster. They replace damaged equipment, put together concerts and other music related activities, and have compiled a detailed timeline of their surveys and analysis on the use of instruments through schools in Japan.

Recently, Zapuni, an organization that pairs famous musicians with talented Japanese animation and visual artists, released its first two project videos to help raise funds for School Music Revival. Zapuni’s first video was a collaboration between Rock and Roll Hall of Famer, David Byrne, and designer UrumaDelvis. The result was ‘Psychedelic Afternoon‘, a complete fairy-tale video whose title defines the elements of the video perfectly.

The second video was animated by the famous anime director Yutaka Yamamoto to the tune of the Icelandic group Sigur Ros (who brought us the scandalous video for their song ‘Fjögur píanó’ featuring Shia LaBeouf). In ‘Blossom’, an older farmer struggles with bringing his life and land back to normal following the tsunami while he is watched over by angels. The somber mood is replaced by optimism at the end by projecting a completely revived life, thereby alluding to the future of Japan and the victims of the disaster who still suffer the effects of the destruction today.

The videos may be purchased on iTunes and all proceeds go towards School Music Revival. You can also directly donate to SMR and see their project outline.