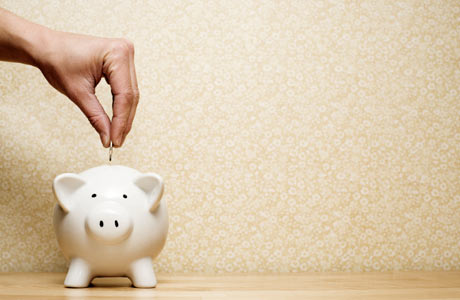 How do low-income citizens in developing countries go about saving for a rainy day? There are three common means of saving that have been found in many developing nations with high populations of low-income citizens. All methods are informal, meaning they do not rely on a business or official organization, but instead utilize their own local communities, neighbors and friends.

The first saving system is similar to that of a deposit collector. Someone within the community, (generally a woman, because they tend to not have formal jobs and be more accountable when it comes to money), designates themselves as a ‘self-employed banker.’

While this system can be found in several countries, an example of its success was demonstrated in Vijayawada, India, during a research project on the saving habits of the poor.

On a daily basis, a well-trusted woman named Jyothi collected small sums of money from 50 to 60 clients from her village. The sums were recorded in small booklets, and at the end of a 220-day collection cycle the clients were given back their total collected sum minus a small cut that Jyothi kept as compensation for keeping their money safe and encouraging them to regularly save.

Another common form of informal monetary service poor communities rely on is moneylending. In times where families need unexpectedly large sums of money for matters such as medical costs, funerals, weddings or businesses, they turn to members of their communities for loans.

Loans can sometimes come from a collection of community members pooling their excess funds to help out with a small interest earned upon repayment. In some cases, however, an individual much like Jyothi from India designates themselves as the town’s moneylender and uses the funds collected from former loans to offer lump sums to clients wishing to take out a loan.

These two services, collections and loans, closely resembles those provided by traditional banking. However, a third prevalent saving technique used in poor communities is unlike what is seen in a conventional financial setting.

Nicknamed ‘A Merry Go Round’, this method involves the creation of a collective savings fund which is then distributed amongst each member who contributed in a lump sum. The fund is established by a ROSCA, or ‘Rotating Savings and Credit Association.’

For example, a fifteen person ROSCA could function on a fifteen-day cycle. Each day, every member puts in a small sum of money, and the total is given to a single member that day. This continues for the entire cycle until every person has received their lump sum and essentially all their money back, but at once in the form of a larger savings. As this process continues, people are able to continually save, and afford more expensive items as needed.