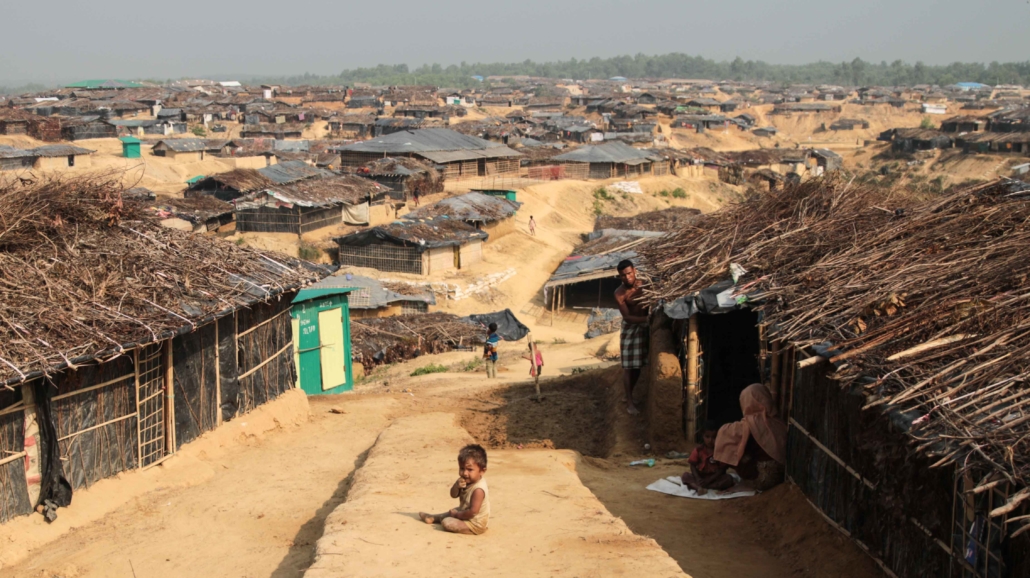 Mass persecution and forced deportation of the stateless Rohingya people in Myanmar have created over 1 million homeless refugees in Southeastern Asia. Historically facing discrimination, the Rohingya are a Muslim minority group in western Myanmar (formerly Burma). They have been regarded as stateless, meaning without citizenship or any rights associated with it, since 1982, and the recent Buddhist nationalist movement has led to increased religious tension. They have mainly fled to Bangladesh, many of them have no choice but to leave Myanmar and enter Bangladesh illegally. This is partly due to their lack of freedom under the Myanmarese government’s labeling of stateless.

The largest refugee camp area in Bangladesh is Cox’s Bazar, where over 900,000 Rohingya people have taken up residence across 27 different locations. The area, not designed to hold this many people for so long, faces extreme overcrowding. The overcrowding is so dire, Bangladesh has been searching for ways to send back the refugees. It has been difficult for many to have adequate sanitation in Rohingya refugee camps. There has even been a worry that existing wells have been constructed too close to the latrines. If this is the case, mass disease outbreaks could occur without sanitation improvements. However, organizations like the United Nations High Commissioner for Refugees (UNHCR) and Oxfam have been working to improve these conditions.

Cox’s Bazar is very susceptible to long dry seasons, from November to April or even May. Long dry seasons lead to the main water reservoirs that the refugees use for their water drying up. Shallow tube wells that some organizations have constructed are also very susceptible to drying. The dry season has been much worse recently due to the climate changes associated with El Niño. To make matters worse, the rain has come only in dramatic cyclones. To ensure sanitation in Rohingya refugee camps, including clean water access and improve sanitation, organizations developed and implemented deep-well tubes.

Deep tube wells penetrate the ground past surface-level aquifers and reach the more stable water table beneath. These wells allow for more consistent water access. The water is then piped up to above-ground tanks with solar energy, where it can be monitored and the quality of water can be maintained at safe levels. Constructed in many strategically placed areas of Cox’s Bazar, there are over 20,000 shallow and deep tube wells in place. With the rapid construction of these wells, the UNHCR and Bangladeshi government have reached the goal of 20 liters per person every day.

Rohingya Women and Issues of Safety

The issue of proper latrine construction and maintenance has also been an issue that plagues the Rohingya refugees, particularly women. Many women and girls do not feel safe using the latrines, or even walking to them. They are typically in very difficult-to-reach areas of the camps. Refugees often must walk down steep, muddy slopes to reach the toilets and showers. Other than the trek, the latrines typically have no roofs or doors, and sometimes have little to no walls. In an area with hundreds of thousands of people, a third of Rohingya women did not feel safe taking a shower or using the toilet, according to a study conducted by Oxfam in 2018.

Refugee women need to feel safe and comfortable. Oxfam has been working with the women to design new latrines. These efforts also help women become more involved in the decision-making processes in the camps. The newly designed latrines have a full four walls, as well as a door, a sink and a stall. By involving more women in infrastructure projects such as these, they become more empowered and eager to participate in decision-making processes. This creates a lasting effect, especially in the younger Rohingya generations, that ensures greater stability among gender equalities in a place where women are largely left out of critical decision discussions.

The Future of Rohingya Refugees

The number of Rohingya refugees in Bangladesh is higher than ever. But these refugees have seen major improvements through the engaging and effective efforts from many humanitarian organizations, both governmental and non-governmental. While there are still challenges to overcome, continued improvements in water access means improved sanitation in Rohingya refugee camps and clean water for refugees. Oxfam works to provide upgraded latrines and toilet sanitation for better privacy and safety for women and children. In addition, the construction of thousands of deep-tube wells ensures that no disease outbreaks will take place on account of contamination from the toilets.

While the situation in Myanmar and Bangladesh remains tumultuous, those affected experience rapid developments in their living conditions. More refugees are likely to enter Cox’s Bazar, but sustained support from the international community ensures that more refugees than ever are able to have improved sanitation in Rohingya refugee camps.