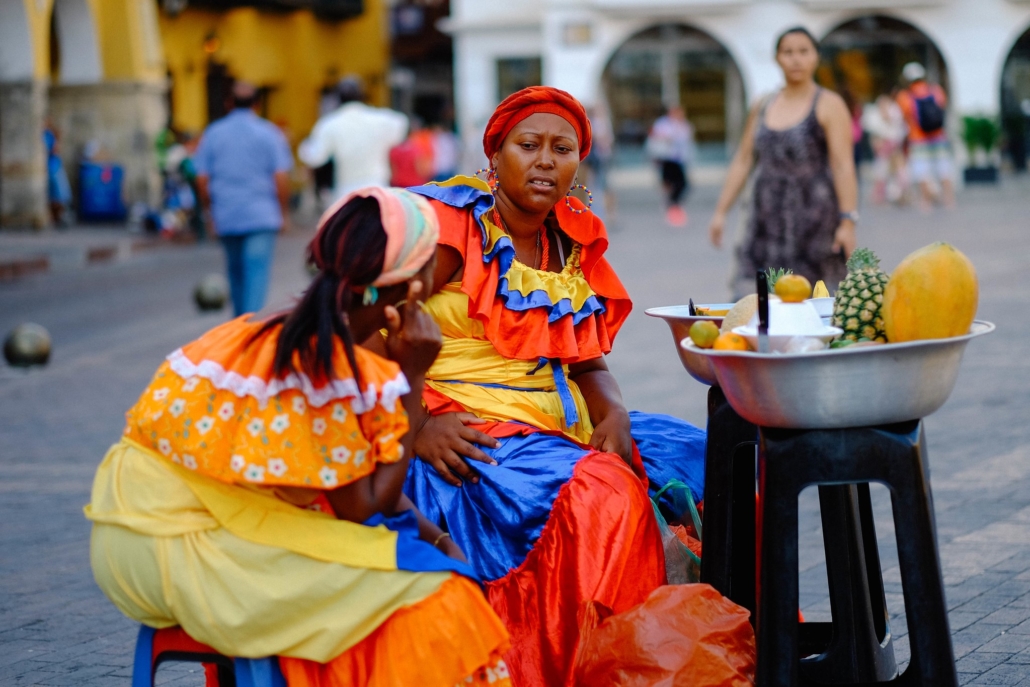 Colombia has the second-largest population in South America and is host to more than 80 indigenous ethnic groups which comprise the country’s most vulnerable demographic. Amidst the tectonic power struggles that have persisted throughout Colombian history, the plight of indigenous peoples remains at the forefront. Ethnic minorities in Colombia are struggling to subsist. This began when the Spanish colonized the Colombian territory in the 16th century and continues presently in the form of cultural erasure, resource wars and forced displacement. Dozens of indigenous leaders have suffered murder in recent years. The historic Peace Accord of 2016 created various power vacuums in the country, allowing guerilla offshoots to invade remote, newly-vacated territories. In October 2019, five indigenous dignitaries from the Tacueyo reservation in southwest Colombia suffered assassination. A challenge is the linguistic genocide in Colombia.

Efforts for cultural preservation, however difficult, have helped quell instances of neo-imperialism and given Afro-Colombian and native indigenous populations teeth. Jonathan E. Bonilla, a researcher and linguistic preservationist from Instituto Caro y Cuervo, is among a small group of advocates working to give these minority communities access and representation to ensure their continuity. The Borgen Project interviewed Bonilla to discuss linguistic genocide in Colombia.

TBP: How do efforts for linguistic preservation help alleviate poverty amongst indigenous and Afro-Colombian groups?

Bonilla: All indigenous languages spoken in Colombia are at risk because their speakers are in physical danger. For example, the systematic murder of social leaders, mostly indigenous, who fight for land restitution or are against mining, expansive livestock or illicit crops, has been proven. The rivers—sources of food and water for the communities— are getting poisoned with mercury for the extraction of gold and other precious metals. The indiscriminate felling of forests and the diversion of water resources has expanded the agricultural frontier. Many communities have moved to urban areas where the dominant language is Spanish due to the war and invasion of their territories. All these factors put the physical survival of the people at risk, their languages by default.

TBP: Why is the definition of poverty further complicated in the context of indigeneity?

Bonilla: Poverty is a concept of the West as it has to do with the daily purchasing power of a person or family. In the case of indigenous communities, the majority live from sustainable agriculture, the production and sale of handicrafts, the raising of domestic animals, fishing, hunting and harvesting of seasonal fruits. For this reason, indigenous communities always fight for the respect and expansion of their ancestral territories. The greater the amount of territory without exploitation for economic purposes, the greater food security. Poverty in the communities is evident when they are forced to leave their territories and relocate to unfamiliar ecosystems. To give an example, guerrillas, paramilitaries, coca merchants and ranchers displaced the Nukak, a hunter-gatherer people who currently suffer from extreme poverty.

Another reason that leads to indigenous poverty is the reduction or overexploitation of their territories. For example, the Wayuu have suffered the diversion of their rivers. Therefore, their lands have dried up and now they have no way to feed their children or raise animals for food. The problem of water scarcity in the deserts of La Guajira has led to malnutrition and the death of indigenous children.

Finally, I want to highlight a form of poverty that occurs due to changes in agriculture’s activities. With bonanzas of exploitation of resources, such as oil, cocoa or marijuana, many indigenous people abandon their crops. Individuals gain purchasing power thanks to the money they earn as day laborers, so they prefer to buy food. When these bonanzas disappear, young people do not want to re-sow land or do not know how to do it because they never had the opportunity to learn. This creates unstable food systems and situations of poverty.

TBP: Is it possible to recover lost languages on the brink of extinction? Is there any state-sponsored or private initiatives in Colombia that are working to do just that?

Bonilla: It’s possible, but requires the commitment of the community and the accompaniment of linguistic experts and pedagogues. For example, at the Caro y Cuervo Institute—a government entity attached to the Ministry of Culture—we are carrying out projects to document, revitalize and strengthen languages based on that of Native Languages (Law 138, 2010).

We are currently working on documenting the Kawiyari language which is at high risk of extinction and has less than 30 speakers in Vaupés. After documenting, the entire process of design and development for language teaching and teacher training will begin. I mentioned that Spanish (as the dominant language) poses a threat to indigenous languages. This year, we will offer certification classes in teaching Spanish as a second language in intercultural contexts. Training indigenous people to teach Spanish creates a precedent of additive bilingualism. That is, Spanish will no longer impose itself in a strange, hegemonic way, but rather, will be taught contextually and be used to strengthen the cultural aspects of the community. International private aids are usually only concerned with documentation and data collection. For example, ELDP from the University of London is a fund to collect audio samples of disappearing languages but is not involved in revitalization or recovery projects.

TBP: What is the relationship between indigenous languages and peacekeeping in postwar Colombia?

Bonilla: Many indigenous communities have oral formulas inbuilt in their ancestral knowledge, such as prayers, songs, declarations to attract good, to be happy, to achieve tranquility and to ward off evil. In these post-war times, it would be important for the government to give the floor to elders. For example, among the Sikuani, there are songs so that objects, such as bullets, do not cause damage. The Karijona and Uitoto have dances to forgive and receive enemies with open arms. Indigenous languages are full of strategies that have allowed indigenous peoples to survive endless threats since the colonial period and that can serve as models to bring us closer to collective peace in our country.

FEM (Fundación por la Educación Multidimensional) is a Colombian nonprofit organization working to aid Colombia’s post-conflict rehabilitation efforts. It follows a bottom-up model, empowering marginal indigenous communities through sustainable development projects and horizontal dialogues between local leaders, stakeholders and government actors. Ethnic education is a large part of FEM’s mission statement; FEM is concerned with advancing Colombia’s immaterial heritage—such as songs, dances and the trades—that the conflict has jeopardized, which should help combat the linguistic genocide in Colombia. For more information on how to donate or get involved, visit http://www.femcolombia.com/.