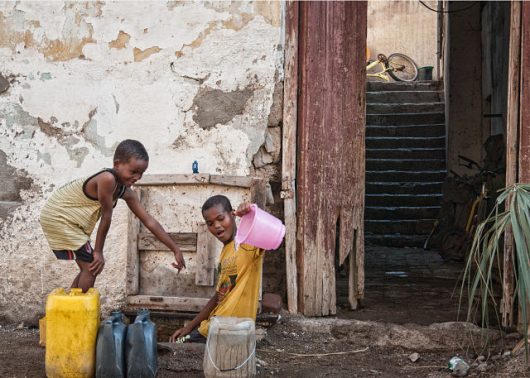 One in three people, or 2.4 billion of the world’s population, don’t have access to sanitation facilities. This number equates to about 946 million people who still defecate in the open. Health problems intermix with poverty to create havoc in some of the poorest regions of the world, and such circumstances become prevalent with sanitation in Eritrea, Africa.

The World Health Organization reports that Eritrea remains one of the poorest countries in Africa. The country has experienced independence from Ethiopia for only 16 years, and with this separation comes some developmental setbacks.

In 2018, 66 percent of the population lives below the poverty line, and there remains an extreme lack of resources and poverty alleviation programs.

In 2008, Community Led Total Sanitation (CLTS) was adopted by the government of Eritrea. The goal of the program was to end open defecation — a practice that leads to a variety of health concerns such as diarrhea, intestinal worms, typhoid, cholera, hepatitis and polio trachoma. To be open-defecation-free, each household in a community or village must have their own latrine.

In 2010, only 3.5 percent of the rural population of the country had access to a latrine. This meant that over 96 percent of the population continued to practice dangerous hygiene, including open defecation. UNICEF, along with the Ministry of Health, devised a plan to help aid the country’s poorest gain proper sanitation in Eritrea.

Education and communication were the program’s two objectives in the effort to disperse proper sanitation in Eritrea. To do this, they first had to alter the taboo tied to talking about the bathroom and toilets.

Additionally, the design took into consideration the Millennium Development Goal of 2015 to have 54 percent of people able to access proper sanitation.

The program evaluated the country by six regions, or zobas, in which reside nine ethnic groups of indigenous people. To best address the concerns of each region, a case study was performed within each ethnic group to discover the specific morals and barriers in accessing sanitation.

In 2012, 52.8 percent of the population within these regions used unimproved water sources, which includes unprotected public wells or rivers and streams. Additionally, sanitation access was scarce, with only 47.3 percent having access to a latrine; in fact, over 75 percent of the rural population defecated in the open.

The Tigrinya is the largest ethnic group in the country and makes up 55 percent of the population. In 2012, Knowledge, Attitude and Practice (KAP) surveyed the area on hygiene and sanitation and identified a variety of barriers in the group’s understanding of hygiene.

Firstly, the scarcity of water was a huge problem in the area. Not only did humans share water sources with animals, but also problems of distance and protection of wells raised health concerns regarding sanitation in Eritrea.

Culturally, Tigrinyan people felt that water was holy. As a result, most people felt there was no need to boil water before consumption; however, water can carry bacteria that can lead to such illnesses as schistosomiasis, giardiasis, diarrhea, abdominal cramps and vomiting.

To combat cultural and physical barriers within this group, UNICEF designed a plan specific to Tigrinyan. For instance, people were concerned that wood latrines would collapse if they used them, and thus preferred stone latrines.

However, stone materials are difficult to transport, so UNICEF educated the Village Health Committee on how to properly construct the latrines so there would be no chance of collapse. This social support provides the proper knowledge and motivation to follow through with the construction of latrines and sanitation facilities.

In 2015, almost 600 villages in Eritrea achieved open-defecation-free-status. This statistic represents 30 percent of the rural population of Eritrea — 586,000 people — who now have access to proper sanitation.

Although the progress is below the MDG of 54 percent with access to improved access by 2015, there have been significant strides in ending preventable diseases from improper sanitation in Eritrea.

Facts about Poverty in the Democratic Republic of the CongoYAS! Portal-Platform Paves the Way for Youth Entrepreneurs in Africa
Scroll to top