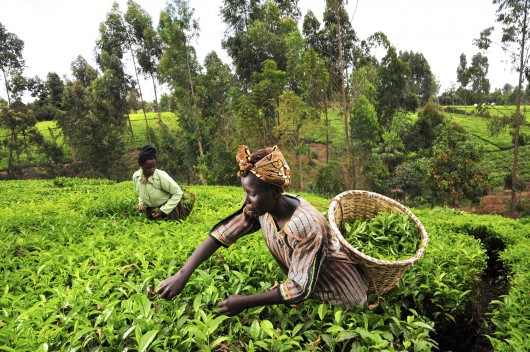 Of the many tragic legacies that the civil war in Rwanda have had for the country, the effect of the conflict on Rwandan agriculture has developed in unexpected ways. A report from phys.org showed that during the civil war, historical climate data were significantly compromised. As a result, farmers have faced increased risk of crop failures due to droughts, flooding, and other damaging weather patterns.

The Rwanda Climate Services for Agriculture project aims to bolster Rwandan agriculture by filling in gaps in Rwanda’s climate data records and disseminating meteorological data to farmers, according to a report from the Research Program on Climate Change, Agriculture, and Food Security (CCAFS).

The report goes on to explain that this project will expand upon elements of the Enhancing National Climate Services (ENACTS) approach, which is already being implemented in eight African countries. ENACTS connects satellite data with on-the-ground station observation from Rwanda’s National Meteorological Agency (Meteo-Rwanda), and provides to farmers the information gathered therefrom via “maprooms.” These maprooms are publicly accessible websites providing dynamically updated information on weather patterns such as temperature and rainfall, according to the Meteo-Rwanda website.

Furthermore, the project builds upon the Participatory Integrated Climate Services (PICSA) approach, which entails integrating NGOs and agricultural extension staff with local farming communities. With easy access to climate data, Meteo-Rwanda’s maprooms will expedite this process by giving intermediaries more accurate and timely information about the ares where they will need to function.

According to the CCAFS, the project aims to provide climate data to one million farmers.

Given the importance of Rwandan agriculture in the local economy, this project represents an important step forward in repairing the damage of the civil war. According to phys.org, agriculture accounts for one third of Rwanda’s GDP, and eight out of 10 Rwandans are employed in agriculture. Thus, softening the impact of flooding and drought will provide significant economic benefits the country.

How Many Members of Congress Are There?Doctors Without Borders
Scroll to top