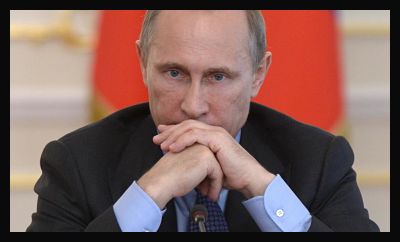 The Russian economy is suffering due to sanctions enacted by the United States and the European Union. Inflation has risen dramatically and with the ruble teetering back and forth, the safety of their currency is uncertain.

During the annexation of Crimea and Russian military movement in the Ukraine, the U.S. and E.U. increased trade restrictions on Russia and wealthy businessmen regarded as being close to Vladimir Putin. As the Russian economy shifts focus toward a stronger economic development and trade with the Asian countries, Russia’s reliance on the dollar decreases.

One of the ways in which Russia is attempting to achieve this is by trading in domestic currency rather than relying on the U.S. dollar. Russia’s dependence on Asia in general and China in particular hints at Putin’s larger goal for the Russian economy to be less involved in U.S. and Europe. Among of the most important deals Russia has made is  the Agreement on Cooperation which was signed by Vladimir Putin and Chinese president Xi Jinping. The $25 billion deal will allow Russia and China to trade in domestic currencies rather than the dollar.

Another significant deal is the $400 billion trade deal that will increase oil exports from Russia to China. It includes a proposal for a new pipeline that will send oil directly from Western Siberia to China. Underlying Putin’s unease with the U.S. is the desire to begin limiting U.S. economic hegemony. However, the dollar is so prevalent in the foreign economy it seems unlikely that a dramatic shift will occur in the near future. Russia’s largest market is currently the E.U. and sanctions have reduced the amount Russia is able to export.

Economic sanctions enforced by President Barack Obama seek to undercut Russian oil exports which make up half of Russia’s economic revenue. Putin announced recently at a G-20 Summit that the West needs to lift sanctions. He states, “This is harmful, and of course is doing us some damage, but it’s harmful for them as well because, in essence, it’s undermining the entire system of international economic relations.”

If Russia is less dependent on the U.S. market, sanctions will mean little to Putin and the Russian economy. Eventually there will be little to deter him from further military involvement in the Ukraine or elsewhere. It will be more difficult for the U.S. to influence Putin’s perceived aggression.

Russia is not the only country who wants to decrease dependence on the U.S. market. Other BRICS (Brazil, Russia, India, China and South Africa) countries are looking to do the same. For the meantime, Russia may be forced to cope with the low price of oil. American economists predict that the prices should level out at about $83 a barrel and stay there for a while to come.

Where Should I Donate my Money?Being Human Festival to Highlight Humanities
Scroll to top