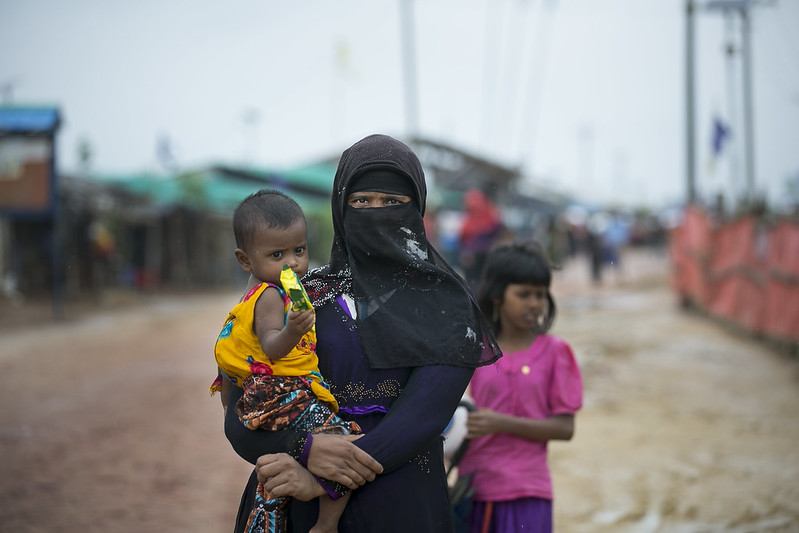 For decades, Myanmar’s Rohingya minority has suffered from discrimination; in 2017, an ethnic cleansing began. Three years later, with more than a million Rohingya refugees forced from their homes, the International Court of Justice declared a way forward for Myanmar — Will there be justice for this Rohingya crisis?

The Persecution of the Rohingya

Forced from their homes, thousands of Rohingya, a Muslim minority in Myanmar, fled to Bangladesh. In 2017, Myanmar’s security forces attacked the ethnic minority in the western state of Rakhine, triggering the Rohingya crisis. Myanmar’s armed forces, otherwise known as the Tatmadaw, participated in abuses against the Rohingya, inciting massacres, gang rape, burning and looting. More than 700,000 Rohingya refugees fled to Bangladesh, while other Rohingya were internally displaced in Myanmar. Most fled without any belongings, so the refugees rely on Bangladesh’s refugee camps in Cox’s Bazar to provide life-saving assistance: food, water, healthcare, shelter and proper sanitation.

The U.N. considers this conflict to be an ethnic cleansing with “genocidal intent.” Yet the Rohingya had endured ethnic persecution for decades. In 1982, while Myanmar was governed by a military junta, the government passed a Citizenship Law stating that citizens in Myanmar could only be from certain ethnic groups — the Rohingya did not make this list. With their citizenship rights taken away, institutionalized discrimination began as the Rohingya were labeled as foreigners, illegal immigrants from Bangladesh. Because of this, the Rohingya were often denied access to healthcare and education; permission was also needed before marrying or traveling to a different village. Now, for the thousands of refugees, returning to their country seems impossible. For the half-million Rohingya that remain in Myanmar, targets of laws and practices that overlook their abuse, the threat of genocide persists.

Will Myanmar be Held Accountable?

While Myanmar’s civilian government and its leader, Aung San Suu Kyi, adamantly deny any ethnic persecution or cleansing, in January 2020 the International Court of Justice ruled that Myanmar must protect the Rohingya from persecution and prevent the destruction of any evidence related to the genocide allegations. The case was brought to the ICJ by The Gambia on behalf of the Organization of Islamic Cooperation to advocate for the Rohingya Muslims, as Myanmar ignored previous international calls to investigate human rights violations.

With this ruling, Myanmar’s government is required to do everything possible to prevent the persecution, killing and any other bodily or mental harm of the Rohingya by the military or any other civilian group. For further accountability, Myanmar must submit a report to update the ICJ on its proceedings, and then send in additional reports every six months until the court is satisfied that the Rohingya crisis has ended. It will take several more years before the ICJ can determine whether Myanmar committed genocide.

However, the ICJ does not have enforcement power, which means that Myanmar faces a choice: to comply with the ICJ rulings or ignore them and continue the current treatment of the Rohingya. Aung San Suu Kyi believes that the case presented before the court showed “an incomplete and misleading factual picture” of the Rohingya crisis in Rakhine. She assured the ICJ that military leaders would be put on trial if found guilty; however, the court’s ruling suggests that the case was not misrepresented and that Suu Kyi’s assurances may not be fulfilled. Therefore, the future remains uncertain for the Rohingya.

While it is up to Myanmar alone to comply with the ICJ, the international community can still pressure Myanmar to follow the court’s ruling. In 2019, Senator Benjamin Cardin introduced the Burma Human Rights and Freedom Act (S.1186) which aims to address the Rohignya’s humanitarian crisis. If passed, it will provide needed aid and help with resettlement. This aid will only be given once Myanmar and its military can prove they have made progress in keeping to international human rights standards. Showing support for this bill is key to get it through Congress, so contacting local representatives by calling or emailing is imperative.

The Special Rapporteur for Myanmar, Yanghee Lee, stated “it is not too late for the country to change course and reorient itself to transform into a democracy that embraces human rights for all.” They believe that by addressing issues of discrimination, implementing victim-centered justice mechanisms, rewriting laws and holding those who have violated human rights accountable, Myanmar can build a new future where the Rohingya are welcome, and the refugees, like Aziza, can return home without fear of persecution.