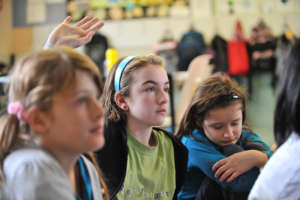 New Zealand, a Pacific island country known for its beautiful waters and unique wildlife, is more than just a tropical paradise. By a recent estimate, New Zealand has the 48th highest GDP per capita in the world. Plus, the average New Zealander leaves school when they are between 18 and 19 years old, whereas in many other countries children leave school before they reach the age of 12. New Zealand also puts a relatively high proportion (9%) of the overall government budget toward healthcare. Though New Zealand is by no means an impoverished country, thousands of women still suffer from a lack of access to sanitary products. An estimated 95,000 young girls in New Zealand don’t go to school during their period because they don’t have access to the necessary sanitary products. However, the government is currently working to move closer toward New Zealand’s solution to period poverty.

A lack of access to safe sanitary products during menstruation is defined as period poverty. Studies have shown that across the globe, one in four women struggle to purchase the products necessary to deal with their menstruation. When women don’t have access to tampons and pads, it can lead to devastating situations. Some women are unable to work or leave the house, or are even shamed for what their bodies are going through. This makes education, employment and other aspects of life very difficult for women — for about a week every month. In New Zealand, close to 12% of school-age girls between the ages of 12 and 18 have difficulty or are unable to purchase sanitary products. More than that, close to 10% of girls reported that they had skipped school because they didn’t have access to tampons or pads.

The number of school-age girls who were missing out on educational opportunities due to their menstrual cycle led New Zealand’s prime minister to take steps towards eradicating period poverty. Prime Minister Jacinda Ardern declared that period products were not a luxury but in fact a necessity for female students. In light of this, New Zealand’s government is using NZ$2.6 million to help relieve period poverty. Eventually, New Zealand hopes to eradicate period poverty, but funds will first go toward making sanitary products free for girls in 15 New Zealand schools.

The hope for this government initiative is that it will lead to having free sanitary products in all state schools by 2021. While this would be a huge step toward New Zealand’s solution to period poverty, there is still a long way to go. Dignity, a local organization that focuses on women’s rights and access to sanitary products, has voiced its appreciation and support for the government’s efforts to support women’s access to menstrual products. However, Dignity also pointed out that there is still work to be done. Women throughout the country need access to sanitary products, not just girls in primary and secondary schools. Moreover, Arden’s period poverty initiative is just one part of a plan that aims to halve childhood poverty in the next 10 years. While it may not address every aspect of period poverty or childhood poverty, New Zealand’s plan is moving the country one step closer toward eliminating period poverty. – Lucia Kenig-Ziesler Photo: Flickr

Myanmar’s Forgotten People: The Rohingya Crisis5 Athletes Making a Difference On and Off the Court
Scroll to top